Skip to content
Home » The Origins of Jainism – Bhagwan Rushabhdev 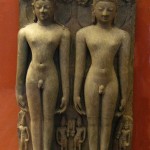 The rise of Jainism is approximated to have occurred around the same time as the end of the Later Vedic period. With the rise of small kingdoms and a power struggle between the warrior class or the Kshatriyas and the priests or the Brahmans, the Kshatriya’s encouraged newer religions like Jainism and Buddhism to counter the strength of the Brahmanical Hindu order.

Jainism is basically the religious faith of the Tirthankars (those who not only vanquished passion, bondage and suffering from their own lives but also taught others how to do so.) Bhagwan Rushabhdev was the first such Tirthankar. He is therefore also known as Adinath (the first god). Born to the king of Ikshavaku clan, he is said to have a hundred sons and two daughters. Eventually, he forfeited his throne to his son Bharata, after whom our country is supposedly named.

According to Jain philosophy, his existence predates civilisation and it was he who organised human society. They believe that it was Rushabhdev who propagated systematic agriculture and large scale domestication of animals. He is also credited with correlating concepts of non-violence and self-restraint; and preaching love and friendship as the basis of all social conduct. Importantly, he also played a role in the development of cottage industries and fine arts. Simultaneously, he preached the virtue of honesty, particularly amongst businessmen. He preached sacrifice as a supreme virtue and moksha (final emancipation from karma) as the ultimate goal of life.

Bhagwan Rushabhdev has been identified with the image of an ascetic God on a seal amulet of the Indus Valley Civilization. He has also been cited in the Hindu text of Bhagvatha – Purana as an incarnation of Vishnu. As per the Bhagvatha, he was born to show the masses the path of redemption. He advised them to follow the path of undying happiness, instead of indulging in a life of corporeal delights and enjoyment. 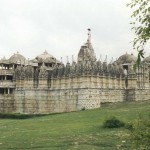 Modern scholars are of this opinion that Rushabhdev was a historical person, basis many archaeological and literary proofs. They date his life to circa the end of the Stone Age and the beginning of the Agricultural Age.

The Jain temple at Ranakpur Rajasthan is dedicated to Bhagwan Rushabhdev, the first of 24 Jain Tirthankars. In fact, the history of Jainism begins with him.