Bihar is one of the oldest inhabited places in the world with a rich history dating back centuries. A vivid glimpse of this rich culture can be witnessed in the large number of ancient monuments which are there all over the state. The state is home to numerous tourist attractions and visitors from all over the world throng it. It is estimated that approximately 60 lakh people pay a visit to Bihar every year. 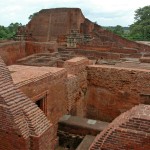 Bihar has an ancient history about visitors from far flung areas visiting the place. Documented history reveals that Greek geographer Megasthenes c. 350 BC – 290 BC paid a visit to Bihar during the reign of Chandragupta Maurya. His observations were recorded in the text titled Indika. After Megasthenes came his son Dionysius who came to Patliputra during the reign of Ashoka the Great. Nalanda, the ancient university of Bihar (which is also one of the oldest centres of learning in the world) also drew a lot of travellers from far and wide. Hsuan-Tsang and I Ching visited Nalanda to study in the 7th century. During these times, tourism in Bihar was largely based on education as it was home to some of the prominent ancient universities like the Nalanda and the Vikramshila. 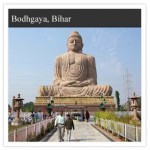 The state of Bihar has a lot to offer to the visitors. It has sites of archaeological significance and forts, it has a number of pilgrimage sites, museums and bridges. Biharis are indeed a multi-cultural, multi-religious society as is evident by the fact that it has important pilgrimage sites of different religions: Hinduism, Buddhism, Jainism, Sikhism & Islam, Many tourist travel to Bihar to visit their pilgrimage. Mahabodhi Temple in Gaya, a Buddhist shrine and UNESCO World Heritage Site is frequented by Buddhist community from different parts of the world along with other visitors.

Patna in Bihar is an important seat of Sikhism. Takht Shri Harmandir Saheb in Patna is one of the Five Takhts of the Sikhism. The Gurdwara at Patna Sahib is in remembrance of the birthplace of Guru Gobind Singh, The tenth Guru of the Sikhs and the founder of Khalsa Panth.

Some of the important Hindu pilgrimage sites in Bihar include Mahavir Mandir, Sitamarhi, Madhubani Punausa Buxar, West Champaran, Munger, Jamui,  Darbhanga, Anga, Gaya and Patna. Gaya is an important religious centre for both the Hindus and Buddhists. 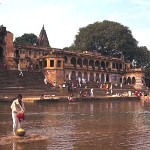 Hindus come here for performing the “Shraadh” rites of their ancestors while the Buddhists come to the Mahabodhi temple Bodh Gaya, the site where Lord Buddha attained Nirvana or enlightenment. Among Jain religious sites, there are Rajgir, Pawapuri, Patliputra, Arrah and Vikramasila. Among Islamic pilgrimages in the state, Sasaram, Maner Sharif, Bihar Sharif, and Phulwari Sharif are prominent.

Among other attractions there are forts in Rohtas, Munger and other places. Mahatma Gandhi Setu in Patna built over the Ganges river is one of the longest bridge in the world.

The Patna airport, Lok Nayak Jayaprakash Airport, is very well connected to all the major cities of the country via daily flights. Gaya, 96 km from Patna, is the only international airport connected to Colombo, Bangkok, Thailand, Singapore, and Bhutan.

A very large number of trains connect Bihar to different parts of the country. This is facilitated by Bihar’s strategic location on the main line of the East Central Railway.

Adequate on-road public and private transport facilities are available all across the state.

Bihar occupies an important place in India’s cultural and spiritual history. Following a trail of ancient and modern Buddhist sites, you can visit the extensive ruins of Nalanda, one of the ancient world’s first universities, the many shrines and temples at nearby Rajgir, and the great Ashokan Pillar at Vaishali.