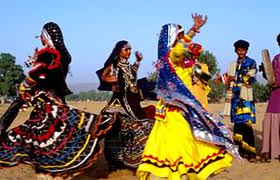 The fairs and festivals of Rajasthan add to its vivacious colours infinitely. These events are a melting pot of different cultures, aesthetics, arts, customs and traditions, values, and cuisines and a visit to them is sure to leave you enthralled. Isn’t it amazing that the sheer zest of the people of Rajasthan keeps them in a festive spirit all throughout the year despite the rough weather and the scorching summer sun in the desert? The people of Rajasthan hold their customs and heritage in great regard and that can be easily observed in these fairs.

Some of the Fairs of Rajasthan held in this Magical Land:

Come October (or sometimes November) and the sleepy little town of Pushkar comes alive with a medley of vivid hues. There is a frenzied burst of activity and it is said that no fair in the world can match the liveliness of the Pushkar Fair. The fair is something much more than just being the world’s largest camel fair, it is an occasion for the villagers to enjoy a welcome break from their harsh life and the arid desert. The fair also has religious importance. Hindu pilgrims converge at Pushkar to take a holy dip in the sacred Pushkar Lake and pay obeisance at the only Brahma temple in the world.

Jains from all over the world come to pay homage to the venerated saint at the Mahavirji temple, situated in an enclosure known as ‘Katala’. The temple is stately with grand idols of Mahavirji and Bhaironji and marble “Maan Stambha” (tower of glory) in front of it. The prized attraction in this fair is ‘The Rath Yatra’ where there is a huge procession in which the image of the deity is carried to the bank of river Gambhiri for ‘Kailash Abhishek’ in a golden chariot (Rath) drawn by bullocks.

Scores of devotees descend on the town of Sikar during this annual fair. A ceremony called “Jadula”, where a child’s head is shaven clean for the first time is performed here. Khatu Shyam Ji is the presiding deity and is worshipped as Lord Krishna himself. The fair is notable for its verve and resplendence and the number of devotees coming to the pilgrimage site increases manifold during the fair.

The festival is held during the monsoons and celebrated all across Rajasthan. It is dedicated to Lord Shiva and Goddess Parvati. On the occasion of Teej, the married women pray for a happy and long married life. The Teej Festival of Jaipur is the most vibrant one in the entire state. A colourful procession is taken out in the Old City. Young girls and women dressed in green clothes sing songs in celebration of the advent of the monsoon.

This is an event marked by sheer grandeur and vivacity. Organised by the Department of Tourism, Art, and Culture of the Rajasthan Government, the festivals draw large crowds. Camel owners present their camels in the pageant held on the first day. The ships of the desert are decorated with swanky bridles and saddles as they walk majestically in the procession. Folk dances and music add to what is otherwise a camel-only affair. Camels captivate tourists with their movement, charm, and grace.