Jaipur has become a hot favorite as a holiday destination in the winters. The pink city also serves as a convenient base to explore Rajasthan.

The beautiful state of Rajasthan can be best experienced on a road trip with family and friends. The scenic roads, the wintery morning smell, hot savories and your favorite song on the radio make any journey fulfilling and complete.

What’s left? The destination! And here’s where to go this winter! 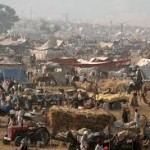 ms from Jaipur, the colorful city of Pushkar has been a crowd puller since many years. One of the oldest cities of India, it is located on the shore of Pushkar lake. Regarded as one of the five sacred pilgrimage sites for Hindus, it is home to many temples, the most popular one being the Brahma Temple. One can also attend the Pushkar fair that is held every November. Apart from being the world’s largest camel fair, you can become a part of all the fun and festivities at this fair. 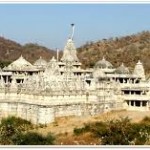 Ranakpur – Situated 350 kms from Jaipur, Ranakpur is situated between Udaipur and Jodhpur. This peaceful village located in the Pali District is famous for its architecture and the famous Jain Temple. This marble temple has been dedicated to Lord Adinatha. The temple is supported by over thousands exquisitely carved marble pillars. 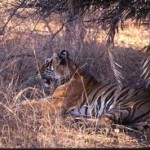 Ranthambore – 180 kms from Jaipur lies one of the largest national parks of Northern India. Founded as a game sanctuary in 1955 by the Government of India, Ranthambore became a Project Tiger reserve in 1973, following which it was declared a national park in 1980. The best time to visit this park is between November and May. Ranthambore is famously known for its Tiger population and one can also expect to see leopards in the dense jungles.

Neemrana – Located in the Alwar district of Rajasthan, Neemrana is a site of a 14th century Hill-Fort, 150 kms from Jaipur. The fort was sold to the group, Neemrana Hotels, an Indian organization that helps restoring ruins and converting them into heritage hotels. Started in the 1990’s, Neemrana Palace is one of india’s oldest heritage hotels, located on a hill and offers breathtaking panoramic views of the area.

Bharatpur – 176 kms from Jaipur is the city of Bharatpur, widely known for Keoladeo National Park, a famous bird sanctuary where one can expect to see over 350 species of birds. The park is home to the rare Siberian crane, and is the only habitat in the world for it, other than of course, Siberia.