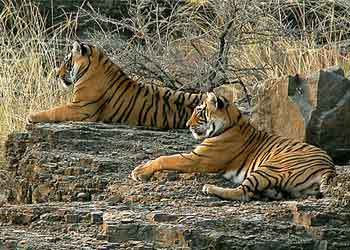 Rajasthan is a haven for a wide spectrum of wildlife sanctuaries. The topography of Rajasthan ranges from the barren desert, scrub-thorn arid forests, rocks and ravines to wetlands and lush, green forests. And each of these areas houses a large variety of animals and birds. Rajasthan boasts of two National Parks, over a dozen Sanctuaries and two Closed Areas. Most of these areas can be visited round the year except for the monsoons and have good facilities for travellers. Here is a list of the Top 10 Wildlife Reserves in Rajasthan – 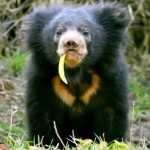 Darrah Sanctuary: 50 Kms from Kota, this previously was the hunting ground of the Maharaja of Kota. Darrah sanctuary with its thick forests and hilly terrain is worth a visit. The animals that can be found here are wolf, sloth bear, chinkara and leopard. The best time to visit Darrah is between February and May. 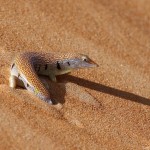 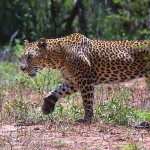 Jaisamand Sanctuary: Established in 1957, this sanctuary is located beside the man-made lake of the same name. Covering a total area of 160 sq km, it harbors sloth bear, leopard, chital, chinkara, wild boar and a number of birds. Some crocodiles and fish can also be spotted here.. The best time to visit is between November and January. 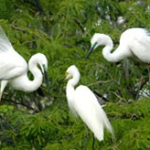 Keoladeo Ghana National Park, Bharatpur: A bird watchers paradise Bharatpur as it is popularly known with its shallow, fresh water marsh attracts thousands of migratory birds. Bharatpur is also a huge nesting ground for all sorts of birds like egrets, darters, cormorants, grey herons and storks; they hatch nearly 20,000 to 30,000 chicks every year. Apart from the mind-blowing variety of migratory birds, Bharatpur has animals like the sambhar, Black Buck, chital, nilgai, fishing cat, otter and mongoose. Best time to visit the national park is from August to February. 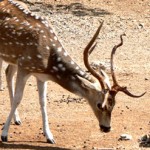 Kumbhalgarh Sanctuary: Surrounding the grand Kumbalgarh Fort is 578 square kilometres worth of protected forest area, known as the Kumbalgarh Wildlife Sanctuary. It extends over the Aravalli hills and covers parts of Rajsamand, Udaipur and Pali districts. The wildlife here includes some endangered animals like wolves and leopards as well as sloth bears, hyenas, jackals, jungle cats, sambhars, nilgais, chausinghas (four horned antelopes), chinkaras and hares. There are over 40 wolves at the Kumbalgarh Wildlife Sanctuary which can often be spotted strolling about the water sources in packs. Best time to visit is March to May and September to November. 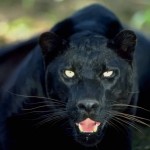 Mount Abu Sanctuary: Aravallis, are the oldest mountain ranges in India and the highest point – the Guru Shikhar – lies in this 289 sq km sanctuary. Apart from many tourist spots the sanctuary provides shelter to the common langoor, wild boar, sambhar and leopard and panther. Mt. Abu also has a great variety flora and fauna with beautiful flowering trees and it is the only place Rajasthan where a variety of orchids can also be found. 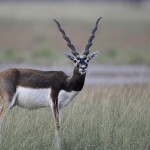 Tal Chapper Sanctuary: On the fringe of the Thar Dessert, about 132 kilometres from Bikaner, lies this unique refuge of flat land interspersed with shallow low lying open grasslands and trees which give the appearance of the Savannahs; which house the most elegant antelope found in India, the ‘Black Buck’.  The months from October to February are the best. 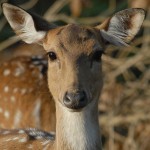 Sajjangarh Wildlife Sanctuary: This sanctuary is 5 kilometres to the west of Udaipur and surrounds the Sajjangarh palace which has a magnificent view of the city’s lakes, palaces and the surrounding Aravalis. Animals found here include Chital, Sambar, Wild Boar, Nilgai, Panther, Hyena, Hare and Jackal as well as many reptiles and birds. As is the case with the rest of Rajasthan, winter months from October to February are the best to travel here. 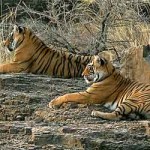 Ranthambhor National Park: Ranthambhor is the probably the best place to spot the majestic Indian tiger. Home to an expansive variety of other animals like sambhar, cheetal, wild boar, leopard, sloth bear, jackal, hyena among others, Ranthambhor is the perfect Indian safari. Artificial lakes, dense forests, a 10th century fort and the Aravallis make this park very interesting and unique. Ranthambhor is internationally well known as it has been featured in many world renowned documentaries and most recently played host to pop star Katy Perry wedding. Best time to visit is October to April. 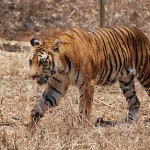 Sariska Tiger Reserve: Sariska is the other tiger reserve in Rajasthan; it is bigger thanRanthambhor in area but has a smaller tiger population. It is well located and its proximity to Delhi (4 hour drive) and Jaipur (2 hour drive) make it quite popular as a weekend destination. Other than the tiger the other carnivores in Sariska are leopard, jungle cat, wild dog, hyena and jackal these feed on sambhar, nilgai, cheetal and chinkara. Sariska had a rich past and the ruins of 9th and 10th century temples are the only symbols of its past glory. The animals, ruined temples and heritage hotels make Sariska great weekend safari. Best time to visit is November to June.