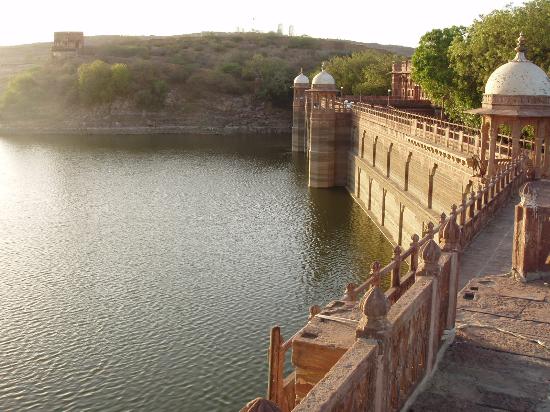 The erstwhile princely states, the grandiose traditions of elegant royal families, the legends of valiant wars, and the physical remnants of a society based on noble chivalry – all play an important role in modern day Rajasthan. Not only impacting the culture and mindsets of the people but also dotting the landscape of the state. The forts and palaces in Rajasthan, from the eras gone by have provided fodder  for the Indian tourism industry for long. Many of these have been turned into luxury heritage hotels which attempt to share with their guests, the intimate royal experience.

Here are the 10 best Heritage Hotels in Rajasthan: 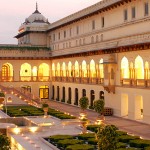 Rambagh Palace: Steeped in history, the first building in the complex was a garden house built for Sawai Ram Singh’s wet nurse in 1835. Later, it was converted into a modest royal guest house and hunting lodge. In 1933, Sawai Man Singh with the help of British architect Sir Samuel Swinton Jacob, turned it into a sprawling palace with Mughal and Rajasthani architectural influences and made it his permanent residence. After independence, unable to fund the upkeep of the palace, the royal family turned the palace into a luxury hotel and the management was taken over by Taj in 1972. The plush rooms (some that echo regal luxury), marbled hallways, award winning gardens and the fine hospitality of Taj make Rambagh Palace one of the best heritage hotels in the country. 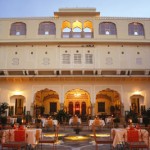 Samode Haveli: Hidden within the busy streets of Jaipur, Samode Haveli is an unexpected retreat. It was built over 175 years ago as a manor house, by Rawal Sheo Singhji of the Samode family that traces relations back to the fabled Maharaja Prithviraj Singhji. Here, the style and elegance, along with the art and architecture of a time gone by have been impeccably restored to original glory. This quaint hotel still resonates the family’s history. Even the magnificent elephant that greets you at the entrance was built in celebration of the marriage of a family member. With a regal ambiance and a staff that goes the extra mile to make you feel like royalty, Samode Haveli is truly a wonderfully unique heritage experience. 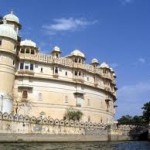 Shiv Niwas Palace: One of the best properties run by the HRH Group of Hotels, this crescent-shaped palace was built in the early 20th century as a guesthouse for visiting dignitaries and guests of the royal house of Mewar during the reign of Maharana Fateh Singh. It now opens its doors to general public as well. The suites at Shiv Niwas Palace are decorated with furniture and art that have been in the royal family of Mewar for generations and each room overlooks the panorama of the beauty city of Udaipur. A candle-lit dinner at The Pool Deck restaurant here is the perfect way to tell your loved one how you feel and The Shiv Niwas Palace Hotel is one the best way to experience regal Udaipur. 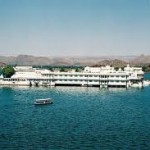 Lake Palace: Legend has it that Maharana Jagat Singh II indulged in moonlight picnics on the island palace of Jag Mandir with the ladies from the zenana or royal harem until his father stepped in. With Jag Mandir’s doors closed to him, he built himself another palace on a different island on Lake Pichola. This new palace known as Jag Niwas was inaugurated in 1746. What started as the rebellion of a decadent prince was turned into one of the most gorgeous, romantic hotels in the world by Maharana Bhagwat Singh in 1963. In 1971, Taj stepped in to take over the management. Think about it, a white marble palace in the midst of a lake that is surrounded by a plethora of regal structures, managed by one of the best hospitality chains in the country. We needn’t say more.

Jawahar Niwas Palace: With its foundation stone laid i

n 1899 by Maharawal Shalivan Singh Ji, the Jawahar Niwas Palace was also designed by British architect Swinton Jacob and the Gajdhar (stone craftsmen) of Jaisalmer to make it look like a jewel in a crown. The sandstone palace with its chiselled jharokas (windows) and chhatris (umbrella like structures) is a tribute to the craftsmen of the region and typical of Raput architecture. Today, under the initiative of Maharawal Brijraj Singh Ji, the 43rd ruler of Jaisalmer, the elaborate and beautiful palace opens its doors to guests as one of the finest heritage hotel in the desert city. 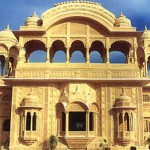 isalmer and lies on 6 luxurious acres of immaculate gardens, well preserved balconies and intricate jalis (considered to be more than 450 years old), and gorgeous interiors designed by renowned opera designer Stephanie Engeln. Under the vision of Shri Dileep Singh Rathore and Shri Jitendra Singh Rathore, the hotel recreates the dying art of stone carving native to Marwad. The art is so unique that the yellow sandstone structure comes alive with a golden glow when the sun’s rays falls on it! The hotel also successfully recreates palatial accommodations of the yesteryear with the perfect infusion of modern amenities. 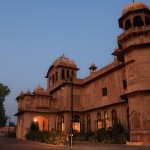 palace built by Maharaja Ganga Singhji in 1902, in memory of his father. It was also designed by Sir Swinton Jacob and is a mixture of Rajput, Muslim and European architectural styles. The Rajput exterior with intricately carved red stone walls of the palace is dramatically contrasting the occidental interior. The palace also has lavishly green lawns and beautiful bougainvilleas and the open corridors and rooms are adorned by a rare collection of old prints, vintage copies of etchings and hunting trophies. Lallgarh provides you with a truly heritage experience.

The Basant Vihar Palace: A connoisseur of arch 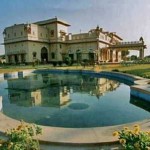 itecture, the Basant Vihar Palace was built to meet the fancy of his highness. It was designed to be a separate pleasure garden adjoining the zenana garden or ladies garden. Tucked away in a secluded area in Bikaner, the palace, which became a hotel in 1993, is surrounded by well laid out gardens and lily ponds. Though the interiors have been greatly refurbished, much emphasis was laid on retaining the original character of the rooms. The Basant Vihar Palace Hotel goes the extra mile to acquaint its guests with the traditions and culture of Bikaner and to ensure that they too feel like royalty during their stay. 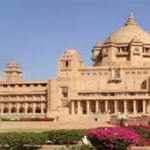 rst heritage hotel, the Ajit Bhawan Hotel is set in the serene backdrop of the Jodhpuri desert. The palace was first built for Maharajadhiraj Sir Ajit Singhji, the younger brother of the illustrious Maharaja Shri Umaid Singhji of Jodhpur. Years later, his son opened the doors of this stately royal residence to the travellers to the Blue City of Jodhpur. Having pioneered the concept of “Heritage Hotels” in the country, they have found the perfect ways to share their legacy and a taste of the royal experience with all who wished it. 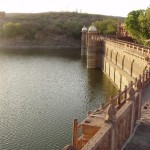 cial lake built in the 13th century as a water reservoir that met the Jodhpur’s water supply. A red sandstone palace in the typically ornate Rajput architectural style was originally built as the summer residence of the Jodhpur Maharajas on the banks of this Lake. Right outside the city, the hotel is serene and the gorgeous views of the lake, lush lawns as well as the staggered terraced gardens within the property make Balsamand Lake Palace a perfect getaway.

One Reply to “Top 10 Heritage Hotels in Rajasthan”