When one thinks of Rajasthan, the images that most often strike our fancy include lonely sand dunes, grand forts and palaces, and the vivid colours of the local culture. The last image that could come to mind would be of gushing waters and resplendent rivers.

In reality, Rajasthan has a widespread river system, though most of it is in the southern and central parts of the state and more often than not, originate from the Aravalli hills in the Udaipur district. Rajasthan also has many seasonal rivers that flourish during the monsoons, refreshing the landscape in many parts of the state. Some of Rajasthan’s important rivers are: 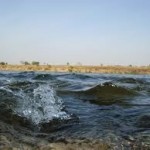 The Chambal River is an important tributary of the Yamuna and one of the main rivers of the state of Rajasthan though it originates in the Vindhya Mountains of Madhya Pradesh. It is a river with great mythological significance and has been referred to in many ancient scriptures. The Chambal is home to two different species of crocodiles, eight species of freshwater turtles, smooth-coated otters, Gangetic river dolphins, and a variety of other fascinating fauna. Along its path, the Chambal forms a distinctive arc between the Jawahar Sagar Dam in Rajasthan and the Chambal-Yamuna confluence in Uttar Pradesh. Here, two stretches of the Chambal are protected as the National Chambal Sanctuary, which was sanctioned by the government to restore the river’s ecological health. In modern times, Chambal is however more famous for the dacoits that its ravines have harbored for centuries. Phoolan Devi is the most noted such dacoit.

The Banas River is a tributary of the Chambal and is also known as ‘Van Ki Asha’ or ‘Hope of Forest’. This river originates in the Khamnor Hills of the Aravallis, near Kumbalgarh in Rajsamand District and flows through the Mewar region. The major cities of Nathdwara, Jahanpur and Tonk lie on the river. An important temple with many devout patrons called Thala ki Mataji near Deoli village in Bhilwara district also sits on the banks of Banas.

A tributary of the Banas, the Berach River originates in the hills the lie northeast of Udaipur City and flows through the Mewar region. The famous fortress city of Chittorgarh lies on this river and it multiplies the fortress’s beauty manifold. 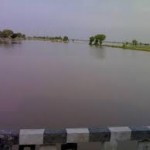 The Ghaggar-Hakra River on the other hand, is a seasonal river that flows between India and Pakistan during the monsoon season. The river originates in the Shivalik Hills of Himachal Pradesh and feeds two irrigational canals that extend into Rajasthan. The wide river bed of the Ghaggar suggests that it was once a perennial river. The Hakra is the dried out channel of a river in Pakistan that is a continuation of the Ghaggar. Interestingly, many settlements of the Indus Valley Civilisation have been found along and inside their river beds. The Saraswati is one the chief Rigvedic Rivers mentioned in ancient Hindu texts and the goddess Saraswati was originally a personification of this river. Later, in the Vedic and post-Vedic times, the river is generally identified with the Ghaggar River.

Luni River originates in the Pushkar Valley of the Aravallis and ends near the marshy lands of Rann of Kutch, Gujarat and is also known as the Lavanavari River, meaning “Salt River” in Sanskrit due to high salinity of its water. The position and path of the river suggests that it might just have been the southern portion of the Ghaggar-Hakra.

Jawai River originates in the Aravallis in Udaipur district and western Rajasthan’s largest dam, the Jawai dam is located on this river in Pali district. Besides being a paradise for migratory birds in the winter, the dam is also host to the Jawai Dam Crocodile Sanctuary which is home to marsh crocodiles. 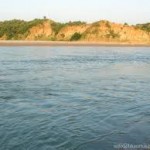 The famous Sabarmati River originates in the Aravalli hills in Udaipur District and flows westwards through Gujarat. The Sabarmati became an important symbol during India’s freedom struggle as Mahatma Gandhi established the Sabarmati ashram on the banks of the river as his home.

The Mahi River rises in Madhya Pradesh and thereafter flows through the Vagad region of Rajasthan, enters Gujarat, and eventually into the Arabian Sea by a wide estuary near Khambhat. It is one of the three major rivers in India, along with Tapti and Narmada that flow east to west. 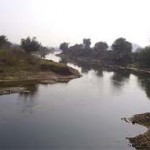 The Arvari River is a small river that flows through the Alwar District. Water harvesting techniques have changed this seasonal river into a perennial one. Indicating the value of clean water in this parched state, the 70 odd villages in the Arvari basin have formed the Arvari River Parliament to maintain quality.

Other than these there are many other rivers in Rajasthan that act as tributaries to some of the major river systems in the country including the Yamuna and eventually the Ganga. Along the way, they bring sustenance, livelihood, and green beauty to the state.