It will be no exaggeration to state that Rajasthan is the hottest tourist destination in India. Southern Rajashtan is a truly colourful part of this most colourful state in India and attracts tourists from all parts of the country. The southern part of Rajasthan remains one of the favourite travel destination of both the Indian tourists as well as the foreign tourists.  Glorious temples, stately forts, and the grand palaces speak for themselves and tell the glorious tales of history. The region is also bestowed with breathtaking natural beauty: the majestic Aravalli Range, the brilliant combo of the sun and the sand, serene lakes, exotic wildlife and lush green forests.

Statistics show that every third foreigner coming to India travels to the southern part of Rajasthan. Once there, you can’t help being enchanted by its natural beauty and architectural marvels. Its culture, cuisines and the sheer hospitality of the people will make you want to never leave; such is the grandiosity of this place.

Southern Rajasthan covers districts of Udaipur, Rajsamand, Chittorgarh, Banswara, Dungarpur and Sirohi. Apart from its architectural grandeur, the region is also famous for its natural beauty owing to its rugged terrain (thanks to the picturesque Aravallis), shimmering blue lakes, and exquisite flaura and fauna. 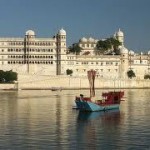 Udaipur, the “Jewel of Mewar” was founded in the year 1559 by Maharana Udai Singh, father of the legendary hero Maharana Pratap. Also known as the “Venice of the East”, the city’s splendour is nonpareil and it remains a tourist’s ultimate delight. Udaipur has now become a truly international destination with a huge number of foreigners coming there and many international celebs getting married in the city. The princely Lake Palace is the centerpiece of the city. It is dotted by temples, havelis, and palaces at every turn. The city appears to be meticulously tailored in the hills of Aravalis. The azure lakes lend it a wonderful charm. Udaipur is indeed a fascinating blend of sights, sounds and experiences. Other places of interest around Udaipur are Chittaurgarh, the mountain fortress of Kumbhalgarh, beautiful Jain temples of Ranakpur, Eklingji and Nathdwara and the cool retreat of Mount Abu. 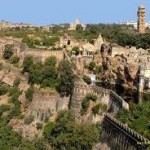 Chittorgarh is an ancient city which is an embodiment of the Rajput tradition of romance and courage. The city was attacked thrice and its defenders had to make supreme sacrifices to protect it. Tales of heroic deeds of Rajput kings are reverberated in the city to this date. The Fort of Chittorgarh is a treasure trove of history and offers to the traveler a wonderful insight into the life of the great Rajput rulers for whom their honour mattered the most. The fort is 180 metres tall and occupies an area of 700 acres. The Mauryans built it in 7th century AD. According to another popular legend, it is said the Bhima of the Pandavas built the fort. The city is also a prominent seat of Jainism and home to numerous Jain temples. Other popular destinations in Chittorgarh are Kalika Mata Temple, Vijay Stambh, Rana Kumbha’s Palace, and Rani Padmini’s Palace. Other places of interest around the city include Sanwariyaji Temple (dedicated to Lord Krishna), Sita Mata Sanctuary, Bassi Wildlife Sanctuary, Bijaipur, Deogarh, Menal, Bijolia, Mandalgarh and Nagri.

Mount Abu is the only hill station in Raj 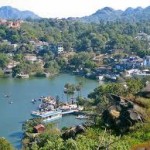 asthan. It is a verdant oasis nestled among the lush, forested hills. Placid lakes, gushing waterfalls, and evergreen forests define the hilly landscape of Mount Abu. It is home to a number of tourist attractions: natural as well as man-made. The Dilwara Jain temples are a series of Jain temples carved of gleaming white marble that were built between 11th and 13th century AD. Then there is the historical Achalgarh Fort built in the 14th century by Rana Kumbha. It encloses several beautiful Jain and Hindu temples. Nakki Lake is the heart of the city and is a major tourist attraction of the town. Other places of interest are Durga Temple, Ambika Mata Temple, Adhar Devi Temple, and Dattatreya Temple. Mount Abu is also a perfect place to enjoy adventure and eco-tourism. Numerous eco-adventure activities like trekking, nature walks, safaris etc. are regularly organised in the town.

Southern Rajasthan has a lot to offer you.  It is a destination replete with forts, palaces and relics of erstwhile princely order that have been frozen in history. A visit to this part of Rajasthan will be a treat for your senses and will always be etched in your memory.