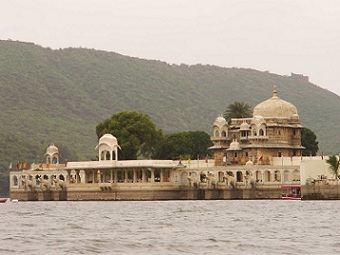 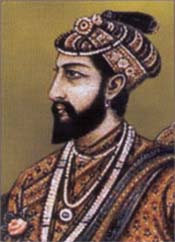 This 16th century palace is steeped in history and the legends associated with it exemplify Rajput chivalry. For example, it is said that Maharana Karan Singh provided refuge to Prince Khurram and his family at the Jag Mandir whilst he was campaigning against his father for the Mughal throne. It is said that a part of the Jag Mandir – The Gul Mahal, gorgeous with its dome pavilion, was built specifically for Khurram. On eventually ascending the throne, Khurram was called Emperor Shah Jahan, without whom the landscape of India would have been very different. It is even said that Gul Mahal’s dome was his inspiration for the Taj Mahal. About two centuries later, Maharana Swaroop Singh is said to have provided refuge to many British women and children who were at risk during the first War of Independence in India; the Sepoy Mutiny.

Architecturally, Jag Mandir is a fusion between typically Rajput and Mughal styles. The three storied palace has many awe inspiring elements including the elegant facade flanked by four carved statues of elephants at the jetty entrance, the garden courtyard which is covered with black and white tiles, the darikhana or open terrace built with white marbled columns, the Barah Patharon ka Mahal or the palace of 12 stones and the zenana mahal.

The darikhana has now been converted into an exclusive fine dining restaurant that offers a select international cuisine. The four course dinner here is highly recommended. The Barah Patharon ka Mahal is now the Picholi Bar, overlooking the romantic view of the Lake Pichola and the City Palace Complex. The garden courtyard is often used for soirees and performances while weddings are held at the Kunwarpada Chowk. The Panghat Spa and Salon at the Jag Mandir is the perfect place for the body, mind and soul with great therapies and yoga and meditation classes. 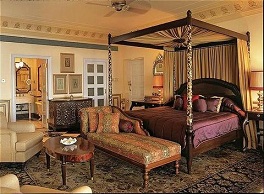 The hotel also has an onsite exhibition called Jagriti which features rare paintings, old photographs, maps and contemporary architectural drawings that portray the evolution of Jag Mandir Island Palace. Along with all this, the hotel has 7 grand and luxurious suites for staying and offers a boat service to ferry guests to and fro the city of Udaipur.