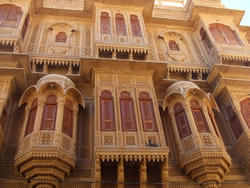 There’s no doubt that Rajasthan is a grand state when it comes to temples, forts, palaces and lakes. Its sheer splendour leaves the visitor dumbfounded who is compelled to come back again and again. The state is the perfect recipe for perfect tourism as it has everything. However, geographically speaking, a large part of Rajasthan is a hot and arid desert known as the Thar Desert and it lacks something vital and that is rain. The area gets very little rainfall (about 400 mm annually) because the Aravalli Range in the state does not intercept the moisture-giving southwest monsoon winds coming from the Arabian Sea. This is because the location of the Aravallis is such that they lie in a direction parallel to that of the coming monsoon winds. As a result of this, the Northwestern part of the state craves for water all round the year. 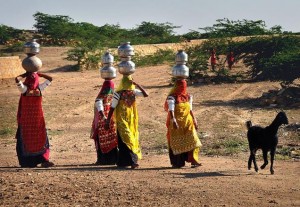 Whenever we think of the Thar Desert, the imagery which crops up in our minds is that of a parched land in which the womenfolk travel for miles in search of water carrying clay containers on their heads. The well is the centre of action in the entire village where people gather to get their daily water and at the same time discuss and chat about a number of things. Even though the water situation in Rajasthan has improved considerably after independence but if one were to do an honest assessment, the situation is still pretty bad.

Water, the colourless, odourless and tasteless liquid is essential for all forms of growth and development – humans, animals and plants. Several districts of Rajasthan, especially the ones in the Thar area are drought hit during some time of the year or other. The level of the groundwater is considerably low and rains continue to dodge the area. There’s an acute shortage of water in those districts but the life has to go on. River Luni is the only natural water source in the region. The locals need to store water efficiently and for longer durations. They say that “need is the mother of invention” and quite right they are. People of the area have devised some really innovative strategies to address the issue.

Rain is something which brightens up the mood of the even the most sad person. And in a place like Rajasthan which deals with the ever-so-parsimonious nature of the rain, the very sight of the rain clouds works as a mood elevator. When the slightest line of dark clouds is seen in the desert, the faces of the locals light up. Women dance while men play and sing. In some places, merry groups of children can be seen carrying an unfolded sheet (four pairs of small hands hold the four corners of the sheet) and go from door to door singing:

The frogs are croaking, Rain is falling

At midnight the ponds keep overflowing…

Each house puts some wheat, millet and other grains in the sheet. After a while, the sheet gets loaded with grains and four pairs of little hands are not enough to carry it and so the group assembles somewhere to boil them and make gurgries. 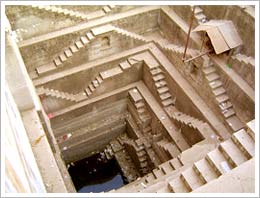 Baoris or step wells are also of great significance in the rain-deprived state. The stepwells in Rajasthan showcase the importance of preserving water and also stand as testimonies to the amazing and thoughtful Rajput architecture. Since many areas Rajasthan were arid, women had to travel a long distance to fetch water. The water crisis in Rajasthan at summers was consistent. To preserve water and to save people from the hassle of traveling miles for water, kings initiated the construction of step wells. During the rainy season, these step wells would ooze with water and become much livelier. Gradually, these step wells became the assembly point of people, especially the women of the town/village where they used to chat and spend their time. Jokes were shared, problems were discussed and stories were narrated. Step wells had thus become instruments of community bonding. 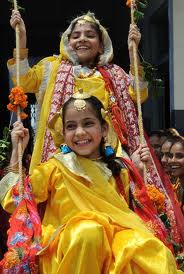 It’s not that Rajasthan gets no rain at all. In fact, there have been years when some parts of the state had seen bumper rainfall. However, if one is to speak broadly the condition is pretty bad. Just like in other parts of the country, the monsoon is eagerly awaited in Rajasthan as well. Many times Yajnas are performed to appease the God of Rain Indra. Teej, the festival of swings, is a grand affair and is celebrated in Rajasthan with great gusto and enthusiasm during the Shraavana month. It marks the advent of monsoon. The monsoon rains fall on the parched land and the pleasing scent of the wet soil feels heavenly. Swings are hung from trees and women dressed in green clothes sing songs in celebration of the advent of the monsoon. This festival is dedicated to the Goddess Parvati and commemorates her union with Lord Shiva. Goddess Parvati is worshiped by people in pursuit of conjugal bliss and happiness. In Jaipur, an elaborate procession is taken out for two consecutive days on this festive occasion which is watched by people in large numbers. The Teej idol is covered with a canopy whereas the Gangaur idol is open. ‘Ghevar’ is the traditional sweet of monsoon and it is enjoyed by people of all ages during Teej.

In the present time, community-based water management initiatives (with the help of state government) have been started by the locals and aim to harvesting the rain water for future use. In Rajasthan, a land with extreme weather and geographical conditions, it all boils down to making the most of what you have at hand.