Punjab is the land of five rivers (Punj: Five, Ab: land), namely Ravi, Beas, Chenab, Jhelum and Sutlej and is primarily an agricultural state, enjoying the benefits of fertile soils and abundant waters. Present day Punjab is a unique blend of urban and rural flavours. 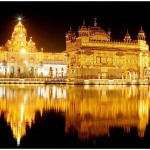 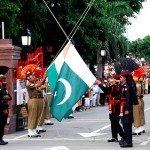 The most important destination in Punjab is the Golden Temple in Amritsar, the holiest of all pilgrimages for Sikhs. It houses the ‘Akal Takht’, the supreme governing body of Sikhism and the dome of the temple is covered in pure gold, making for a fascinating sight, especially as its reflection falls in the holy waters of the sarovar. Amritsar is also known for its food. Amritsari Chhole Kulche, Papad and Naan are particularly famous. The Changing of Guards ceremony and the ceremonial lowering of the flags at the Wagah Border (India – Pakistan Border) at sundown too is a must watch.

Patiala on the other hand is famous f 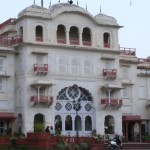 or its awesome food, loving people, brilliant parandaas, exciting Patiala pegs and appealing Patiala jootis (traditional footwear). Different from other cities, Patiala is not chaotic and provides a break in the otherwise robust Punjab. The Moti Bagh Place is another must-see attraction in the city. Jalandhar is an ancient city which is now a bustling mini-metro with high standards of living. The Devi Talab Mandir here attracts lakhs of devotees every year, particularly during the Navratris. 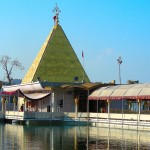 Another popular attraction of Punjab is the festival of Hola Mohalla organised at Anandpur which is observed on the day after Holi and is a week-long affair. Anandpur Sahib is the place where Guru Gobind Singh was baptized. There is a grand display of fighting prowess and Sikh martial arts followed by Kirtan, music, and poetry. The event concludes with a long, military-style procession near Takht Sri Keshgarh Sahib, one of the five seats of temporal authority of the Sikhs.

Baisakhi and Lohri are other two prominent festivals in Punjab and reflections of the Punjabi culture. Both are celebrated with great gusto and warmth and have a massive appeal to the non-Punjabi folk as well.

Chandigarh and Amritsar both have airports are connected to other cities in India by regular flights. Chandigarh, Pathankot, Amristar, Ludhiana, and Jalandhar are major railheads. Punjab also has a very good network of roads with the National Highway 1 passing right through it.

Autumn and the spring seasons are the best times to visit Punjab. The natural landscape is picturesque and the onlooker is simply wowed by lush mustard fields. The rustic charm of the place and celebratory spirit of the Punjabis are sure to make for a memorable travel experience.