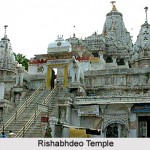 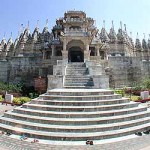 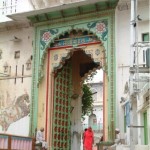 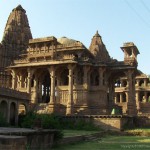 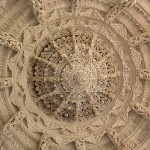 While Rajasthan is known for its grandeur and tales of honour, it is also an important seat of devotion in India and has a number of important Hindu and Jain pilgrimage centres.

Pushkar: Pushkar is one of the seven holiest cities for Hindus and home to the only Brahma (Creator of the World and one of the Holy Trinity of Hindus) Temple in the world. The magnificent Pushkar Lake is surrounded by hundreds of temples and the venue for the renowned Pushkar Fair held annually in the month of Kartik.

Eklingji Temple, Udaipur: 24 km from Udaipur, the temple is dedicated Lord Shiva and is said to be built by Bappa Rawal, the founder of the Mewar dynasty. The complex houses 108 temples with the Eklingji Temple being the tallest one.

Govind Devji Temple, Jaipur: The erstwhile temple of the Kachchwaha family of Jaipur, it is said that the idols of the temple were brought from Vrindavan and were carved by Vajranath (grandson of Lord Krishna and a great sculptor). The temple houses a beautiful and captivating idol of Lord Krishna and is a part of the City Palace Complex.

Khatushyamji Temple: 65 km from Sikar, this ancient white marble temple is dedicated to Lord Krishna and is associated with several interesting legends including ‘The Mahabharata’. Devotees often take a dip in the holy pond nearby and the Shyam Garden attracts tourists with its charming landscape.

Shrinathji Temple, Nathdwara: A prominent pilgrimage, the temple is dedicated to Lord Krishna whose central idol has been carved of a single block of marble. It is said that Goswami Dev fled from Mathura to escape Aurangzeb with this idol to Udaipur. However, his chariot got stuck in Nathdwara (48kms away). He took it as divine will and decided to consecrate it on the spot.

Ranakpur: The Ranakpur temple stands on land gifted to the Jain community by the Ranas in the 15th century. Adinath, the 24th Jain Saint is the principal deity and the temple’s architecture is sheer brilliance. The valley also has a polygonal sun temple and two 14th century Jain temples, dedicated to Neminathji and Parsvanathji.

Dilwara Temple, Mt Abu: The Dilwara temples are considered a world heritage site owing to their convolutedly carved architecture. The sanctums are adorned by the images of Jain tirthankaras. The two main shrines are dedicated to Adinathji and Neminathji.

Parsvanath Temple, Nakoda: The Parsvanath Temple is situated on Jodhpur-Barmer highway and dedicated to the Tirthankara Parsvanathji. The temple has been carved in black stone and attracts lakhs of devotees every year.

Shri Mahavirji Temple: About 90 km from Ranthambhor, a cowherd unearthed a statue of Mahavirji around which a beautiful temple of white sandstone with cupolas of red sandstone has flourished.

Rishabdeo Temple, Dhulev: A beautifully carved temple complex built in the 15th century, Rishabdeoji Temple has panels on the walls that bear the images of several other tirthankaras.

The state of Rajasthan also has family deities who are worshipped across generations of several families. Several folk heroes have also been sanctified and honoured with the positions of the deities and their shrines. All these folk heroes worked for the village and community welfare and often died in the process and since then attained the status of folk gods with shrines in almost all the Rajasthani villages and towns.

Karni Mata Temple in the Deshnoke area of Bikaner is dedicated to the tutelary deity of the royal family of Bikaner. She is considered as an avatar of Goddess Durga and her temple has a carved marble façade known for the many rats that roam freely as they are considered incarnations of the Charans who serve at the temple. It is customary for the devotees to offer them milk and sweets and it is also considered lucky to spot a white rat here.

Ramdevji is another important folk-deity of the state and was reputed to have miraculous powers to fight demons. It is said that since he attained a divine state of meditation (samadhi) at Ramdevra, he has been seen by people on horseback from time to time. Every year, two fairs have been held in his honour in this region.