Rajputs were one of the major ruling warrior classes in the Indian subcontinent, found mostly in Northern India. Erstwhile Rajputana, now known as the modern of Rajasthan, was divided into smaller princely states which were ruled by different Rajput families. They rose to prominence in the 6th century and continued to rule till the 20th century.

One of the most identifiable characteristics of the Rajput class was the chivalric code of conduct they adhered to. They were known for qualities like courage and valour both on and off the battlefield, loyalty, self sufficiency, resilience, military and strategic intelligence, and hard working nature.

As a result, Rajasthan’s history is dotted with numerous stories of heroic acts that are nothing short of inspirational. Often, these stories get lost while some are carried forward from generation to generation through stories and folk songs. 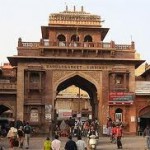 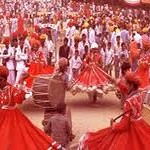 An annual festival is held in the region of Marwar in Rajasthan in the spirit of honouring the heroes from the region.  The festival, originally known as the Maand Festival, now known as the Marwar Festival, takes place at some of the most beautiful locations in Jodhpur, including Umaid Bhawan Palace, Mandore Fort, and Mehrangarh Fort.

The festival is held in the Hindu month of Ashwin (usually in September/October) for two days during the full moon. This year, it is being held on the 10th and 11th of October. The Marwar Festival is dedicated to folk music and dance of the region, devoted to valiant tales about the lives of Rajasthan’s rulers.

The Marwar Festival is a great opportunity to experience a culture of music and dance that is slowly becoming extinct. Other attractions include a camel tattoo show and camel polo.