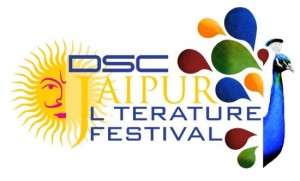 Once again, it’s that time of the year when the intellectuals of the literary world and literature enthusiasts flock to Jaipur, the beautiful capital city of Rajasthan. The Jaipur Literature Festival (or JLF as it is fondly called), is back with a bang for its fifth edition.

In celebration of probably the most influential form of art worldwide; and of the people to bring it to us, JLF spans over five days and involves book readings, talks and debates, literary launches, workshops for children and numerous other interactive activities. The close of each day sees an enthralling musical performance.

The JLF has quickly grown to be one of the largest literary festivals in the Asia-Pacific region and has managed to hold the attention of both Indian and foreign authors, some of them even being Nobel laureates. Its success is owed largely to the enthusiastic response it receives from avid readers from across India’s metropolitans as they fail to miss out on a chance to interact with and hear their favourite authors.

This year’s guests at the JLF include the likes of authors like VS Naipaul, Michael Ondaatje and Salman Rushdie, playwright Tom Stoppard, Nigerian poet and novelist Ben Okri, Annie Proulx (author of Brokeback Mountain). David Remnick (Editor of The New Yorker) and John Micklethwait (Editor of The Economist) are also said to be attending. Deepak Chopra, David Hare, Javed Akthar, Richard Dawkins (author of The God Delusion) and exiled writers like Fatima and Kamin Thappar will also be attending.

Some of the main topics of discussion/debate likely to attract most of the attention during the fest include Sufi and Bhakti traditions, the link between Gandhi, Ambedkar and Anna, vegetarianism and censorship.

As for the musical performances in the evening, the festival includes performances by Meesha Shafi and Arif Lohar from Coke Studio Pakistan as well as Dub Colossus, an ethio-jazz and reggae band brom Addis Ababa.

This fifth edition of the Jaipur Literature Festival will be held from the 20th to the 24th of January 2012, at the Diggi Palace in the heart of Jaipur. Entry to the literary events at the fest is free of charge. However, it is necessary to pre-register yourself for the event online. Entry to the musical events has a nominal charge of Rs. 200. So just show up and have a blast!