Staying at a heritage hotel is a comfortable way to learn about Rajasthan’s rich history of hospitality. Rajasthan is today considered India’s destination leader when it comes to heritage hotels. 18 of India’s 25 best heritage hotels are from Rajasthan. These hotels combine world class hospitality, old world charm, and the decor and artistic sensibilities of a bygone era.

Samode Palace represents the finest blend of Indian and Mughal architecture. The palace is over 4 centuries old, and contemporary restoration has lent modern comfort and hospitality to old school charm. The Palace is known for its beautifully landscaped bougainvillea courtyards, lounges that feature ancient arches, exquisite mirror artwork and painting, and as well as well-appointed suites and rooms.

Samode Palace is a part of the entire Samode property managed by the Heritage Group of hotels. The property includes Samode Palace, Samode Haveli and Samode Bagh (Garden), all heritage monuments. In close proximity is the Samode village, where you can explore ornate handloom work and other classy art and craft pieces. 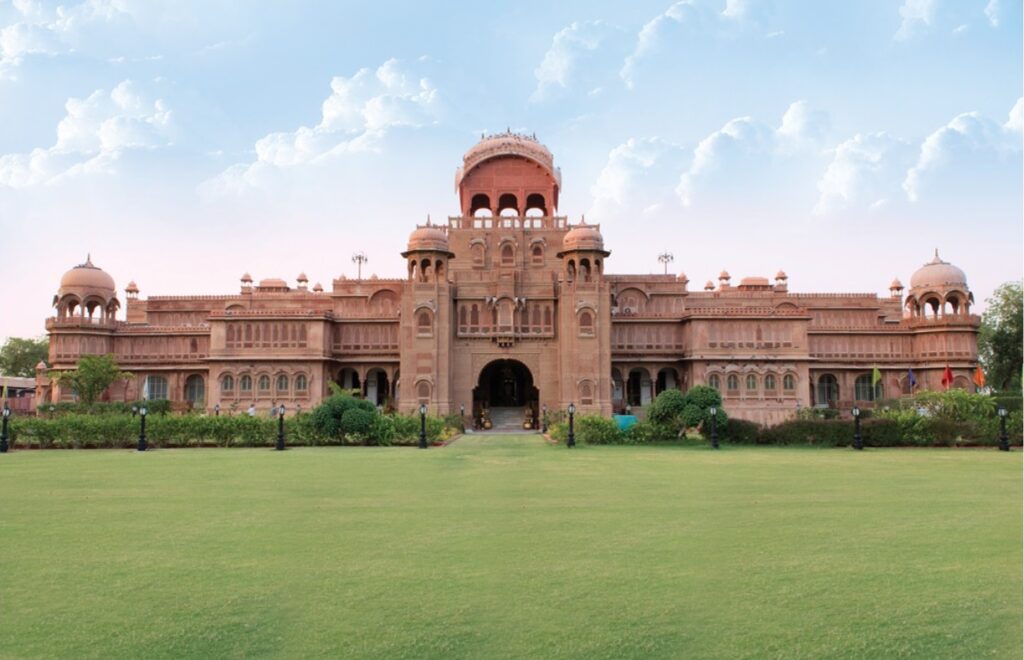 Since it was built in 1904, only a few of the world’s elite had the honour of being guests at the Laxmi Niwas Palace, including young Indian princes from India and Europe, as well as King George V and Queen Mary. After its restoration and opening, the hand-painted motifs and artwork adorned walls were opened to the public. Today, it is owned and managed by the Golden Triangle Fort & Palace Pvt. Ltd. Tourists marvel at the intricate red sandstone work. Guests also get a tour in history via ancient chintz and draperies and gold paneling. State of the art recreational facilities on the premises includes swimming, billiards, tennis and badminton court, croquet lawns, ping pong tables as well as putting greens.

Umaid Bhawan Palace has an interesting origin – it was commissioned by Maharaja Umaid Singh to give the people of Jodhpur steady employment during the 1920s, a time of drought and famine in the region. It took over a decade to create the 247 room palace, and the golden yellow sandstone was intricately carved without any mortar binding. Architecture enthusiasts would be fascinated by its Renaissance inspired 105-foot cupola and Rajput architecture inspired towers.

The palace enjoys a regal view high above Jodhpur city, and at 26 acres is among the largest private homes in the world. The Taj Group took over the Palace in 2005 and opened up this regal experience in the form of a luxury hotel. They hired the direct descendants from the original Palace retainers to fulfill to your every need, a recommend to you the best sights and even the hunting grounds, and pack you a great picnic basket as you head to explore Jodhpur. 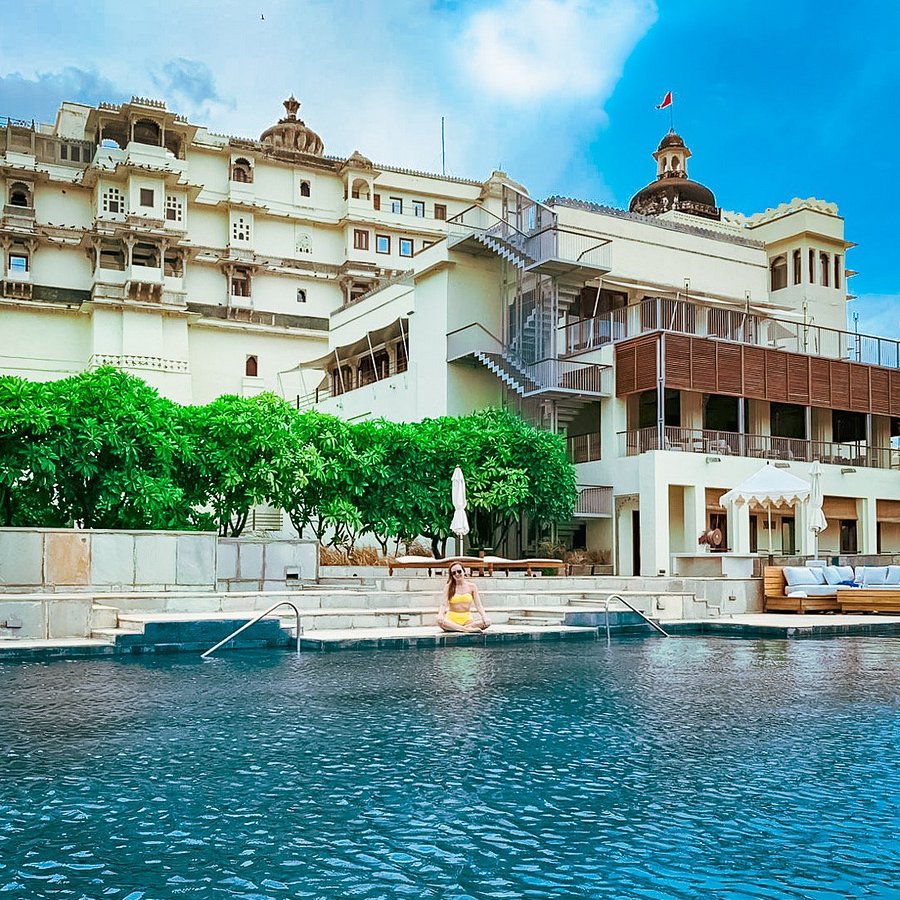 Maharana Pratap gifted Devigarh to Gujarat’s Sajja Singh for his loyalty during the battle of Haldighati, against Akbar. The Palace is located in the scenic Aravali hills in Delwara village. Of historical significance is the Ram Room, a small meditation retreat featuring the original calligraphy from an era gone by. Then there is the Sheesh Mahal, which features artwork from centuries ago, including faded frescoes, mirror work and Chinese ceramic decoration. Along with a rare glimpse into history, the hotel provides combines state of the art luxury with a stylishly chic decor sensibility.

The 39 luxury suites use locally sourced white marble and semi-precious stones and face a garden featuring a stunning landscape design. Of note are the 1200 sq ft. Devi Garh Suite and the Palace Suite, which both share a marble swimming pool. The hotel has received several awards for its status as a Boutique Hotel par excellence and for its word of mouth reputation as a romantic retreat.