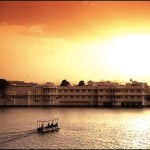 Rajasthan, the lands of Rajas or Kings, is one of the most vibrant and colourful states in India. Every facet of this place is unique and rich in cultural and historical heritage. It is one of the most popular tourist destinations in India; every year millions of people from around the world visit the land to experience the grandeur the place has to offer.

This charming state has it all, beautiful desert, the exotic palaces, mesmerizing lakes and enchanting forts. The varied geography of the state has always caught the fancy of the filmmakers in the country.

Rajasthan is a favorite shooting location for the film fraternity in India. No matter, if you are shooting a song sequence, a romantic scene, a lavish wedding venue or a traditional village you would surely find a place that would perfectly suit your script and location imagination.

Rajasthan was cemented as the favorite shooting location for Bollywood films when the legendary actor, Dev Anand, shot the establishing scene of ‘Guide’ at the Udaipur Palace. The awe-inspiring beauty of the palace set in the midst of the lake has been a dream destination for directors since then. Another popular movie that was shot in Rajasthan was the James Bond film, Octopussy. After this film, the popularity of Rajasthan for film shooting rose further.

Over the years, as the film industry has developed, the various exotic locations across Rajasthan have been featured in a wide number of films, music videos, documentaries, and television serials. Directors and art directors have utilized the vast landscape of Rajasthan to bewitch the audiences years after year; film after film.

Some of the most popular film locations in Rajasthan are mentioned below: 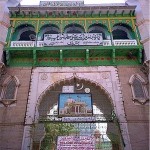 This beautiful shrine is nestled between the green hills, 100 kms from Jaipur, the capital city of Rajasthan. This popular pilgrimage center for both Hindus and Muslims has been a setting for numerous films. It offers a perfect setting for shooting a religious scene or song. 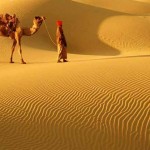 The city located to the north of Rajasthan is dotted with plenty of sand dunes. The city popularly known as the camel country retains the medieval charm of the humble and quaint lifestyle of the city. The place is ideal for shooting song sequences. The sand dunes of Bikaner have been featured in umpteen Hindi movies. The popular Hollywood movie, ‘Holy Smoke’, featuring Kate Winslet was shot extensively in and around Bikaner and Pushkar. 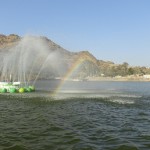 While speaking film locations in Rajasthan, this pleasant green oasis set in the midst of the lush green hills deserves a special mention. The lone hill station of Rajasthan is home to the spectacular Dilwara jain temples that dates back to the 13th century. Some of the prime shooting locations around the region are Nakki Lake, the sunset point, Dilwara jain temple, Achalgarh and the Shri Raghunathji temple. 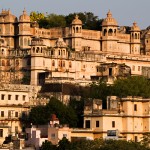 The mother of all film locations in Rajasthan, Udaipur has the most beautiful settings for all kinds of film scenes. The city’s temples, lakes, gardens, stalls, streets and palaces carry the flavor of the city’s heroic past. There is literally no shortage of place to shoot here, an entire film can be shot in this amazing city.