For generations, Rajasthan has been an important part of India’s history. The men and women of Rajasthan have set milestones in achievement, and are known for their ability to achieve, without compromising on the values of honesty and sportsmanship.

These personalities include both people who can only be found in the books of history, and names we see on our TV screens. Here are some of the most admired personalities from the fields like the arts, industry and science. 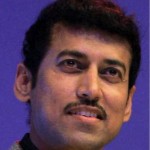 Rajya Vardhan Singh Rathore: The name of Rajya Vardhan Singh Rathore is a source of pride and respect for Indians across the nation. Army officer, award winning sportsperson and now one of the youngest Ministers in the cabinet – Rathore is a living embodiment of the Rajasthani spirit of accomplishment and velour. He served in the Army for many years, until retiring as Colonel in 2013. After winning his first elections in 2014, he was appointed Minister of State for Ministry of Information and Broadcasting in the Narendra Modi government. As a sportsperson, he has brought India pride with a Silver Medal in men’s shooting (double trap). He is a descendant of the first king of Bikaner Rao Bikaji, and a Rajput. He hails from Jaisalmer. 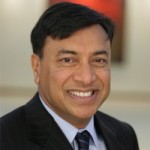 Lakshmi Narayan Mittal: Lakshmi Narayan Mittal took his father’s Nippon Denro Ispat to great heights, and then brought his own entrepreneurial zeal into the business by opening his first steel factory at the age of 26 in Indonesia. Today, he is the chairman and CEO of ArcelorMittal, the world’s largest steelmaker. He is among the richest Indian in Europe, and his daughter’s Vanisha Mittal’s wedding is said to be the second most expensive in recorded history.

All this is a great achievement for a man who lived with a large family on a brick floor and Indian cot style beds at his village house in Sadalpur. He has done much for India, including setting up a $9 million Mittal Champions Trust to support Indian athletes, established the LNM Institute of Information Technology (LNMIIT) in Jaipur and regularly donated to charitable causes. 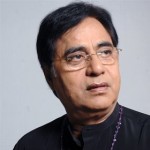 agjit Singh: Jagjit Singh was renowned across the world for his singing, songwriting, and composition. The duo of Jagjit Singh and his wife, Chitra Singh mesmerised listeners for decades. They performed at several international venues to the Indian diaspora. Jagjit Singh was honoured with a Padma Bhushan, and then a postal stamp in his name, by the government of India. He was born in Bikaner (now in Rajasthan), 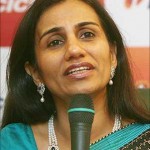 : The Jodhpur born Chanda Kochhar is an inspiration to every Indian working woman. She joined the Industrial Credit and Investment Corporation of India Ltd. (ICICI) as a management trainee, and worked her way up to senior management. Handling many tough responsibilities, she saw days that saw her sleep in her office because she had too much work. Under her leadership,ICICI Bank has won several awards for excellence in banking. and toda Kochhar, the bank’s MD, consistently ranks among the list of Most Powerful Women in Business in India. For her contributions to the banking sector, she received the Padma Bhushan Award from the Government of India in 2010.