Sawai Madhopur is the gateway to the tiger territory of Ranthambhor National Park. Historically the area played an important role, having witnessed raging battles and the rise and fall of many a ruler, mostly from the lineage of the illustrious Prithviraj Chauhan. Sawai Madhopur was a planned city built by Maharaja Sawai Madho Singh I of Jaipur. 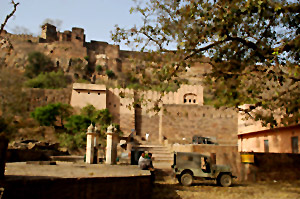 Sawai Madhopur’s royal past is well preserved in its imposing fort, which was built in 994 AD, atop a steep high creek 200 meters above sea level. The fort is known for the bravery of Hammir Dev of the Chauhan dynasty and has been a focal point in the political developments in Rajasthan. Ruined pavilions, walls, chhatris and splendid monuments are interspersed within the majestic fort. An 8th century AD Ganesh Temple attracts thousands of devotees and is the venue for an annual fair held around August or September every year. There are also two other temples, one of Shiva and another of Ramlalji constructed in the 12th and 13th centuries. 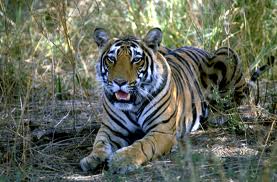 The 392sq km, Ranthambhor National Park has a beautiful landscape of dry deciduous forests sprawling over undulating terrain. It is one of the finest tiger reserves in the country under the Project Tiger. The majestic predators assured of protection, rove freely during the day, increasing the likelihood of spottings by far. The population of other animals like sambhar, cheetal, nilgai, spotted deer, chinkara, langur, wild boar and peafowl is also high, making a safari truly pleasurable. There are also three artificial lakes within the precincts of the park, Padam Talab, Rajbagh and Milak Talab, which not only add to the scenic beauty but act as significant watering holes for the animals within the park. The local fauna of the park includes leopards, hyenas, jackals, jungle cats, sloth bears and a small population of pythons. Before going however, make sure you research the zones for the safari and book in advance.

Beyond the tigers and the history, Sawai Madhopur is particularly famous for two commodities: their ‘khas’ or special perfumes and guavas. Make you try them both out.