Chittaurgarh was a fortified citadel with a valiant but turbulent history. It was built in the 7th Century by the Maurya dynasty and was often under attack. Under the notions of Rajput chivalry, the people of Chittaur always chose death over surrender, and in that process, its women and children committed Jauhar and its men marched into war despite certain death, three times before Chittaurgarh was completely abandoned.

In the 16th century, the citadel came under attack three times by the Mughal Empire, and the third time around, Rana Udai Singh fled Chittaur to establish a new capital, now known as Udaipur. He left behind two 16-year-old heroes; Jaimal of Bednore and Patta of Kelwa to defend the city and they did just that valiantly until they attained martyrdom.

With such an illustrious history, Chittaurgarh is a great destination for tourist buffs. 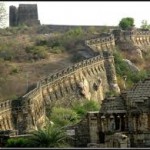 The massive structure of the Chittaurgarh fort was built in the 7th Century AD and is perched on a 180m high hill. It spreads over 700 acres and has many magnificent monuments that are classic examples of Rajput architecture. The lights and sound show organized here every evening takes you back in time and visually unfolds chivalrous events from history. Interestingly, there is also a belief that the fort was built by Bhima of the Pancha Pandavas, the heroes of the ancient Indian Epic, the Mahabharata. 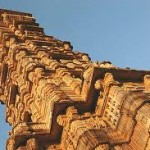 Literally translating to Pillar of Victory, this grand 37m high pillar with nine stories was built by Rana Kumbha, one of the most illustrious Rajput warriors, after his victory over the Muslim rulers of Malwa and Gujarat. It was built in 1440 AD and each story is carved with exquisite and intricate sculptures of Hindu deities and depictions from the Mahabharata and Ramayana.

Literally translating to Pillar of Fame, this 22m high pillar was commissioned by a wealthy Jain merchant in the 12th Century AD. The tower is dedicated to Shri Adinathji, touted as the first Jain Teerthankar. The pillar is decorated with beautifully carved figurines of the Jain Pantheon. 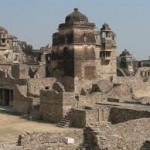 Perhaps the most massive monument within the fort of Chittaur, it is also one of the most popular places to visit. Despite its ruined edifices, it is of great historical and architectural interest. The palace is also said to have underground cellars where Rani Padmani and the other women of Chittaur committed Jauhar. 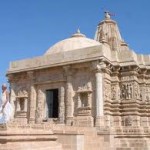 Originally built as a Sun Temple in the 8th Century, the temple was later converted to be dedicated to Goddess Kali, a symbol of power and valour. 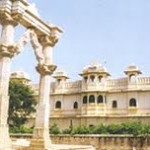 The magnificent Fateh Prakash Mahal has been converted into a fine museum with a magnificent collection of sculptures from temples and buildings within the fort.

In terms of shopping, the beautiful wooden toys made in Bassi village near Chittaurgarh are the best buys of the region. Thewa articles from Pratapgarh, the printed fabric from Akola, and leather mojris from Gangrar are also interesting artifacts to own. Other shopping streets in the region include Sadar Bazaar, Rana Sangha Market, and Fort Road Market.