It wouldn’t be an exaggeration to say that Rajasthan is the most colourful state in India. Its grandeur speaks for itself. The temple, forts, lakes, sand dunes, and palaces are a tourist’s dream-come-true.

Just like its Western, Eastern and Northern counterparts, Southern Rajasthan has plenty of attractions for tourists. Dungarpur is an ancient town in Southern Rajasthan which stands in testimony to the vibrant culture of Rajasthan. Often referred to as the “City of Hills”, it was founded in the 13th century AD. The town gained prominence under the Guhilot Ahara Suryavanshi Rajputs. Its residents fought many a historic battles against the invaders. Some 700 odd years later, Dungarpur still remains a scenic town set in the rugged peaks of the rocky Aravalli range. The town is also renowned for its distinguished style of architecture, a style which is comprehensively followed in royal palaces and mansions (havelis).

Dungarpur has an average elevation of 225 metres (738 feet). It has Banswada and Udaipur on the Eastern and Northern side respectively and shares its Southern border with the state of Gujarat. The rail line between Udaipur and Himatnagar in Gujarat passes through the town and it is located just 20 km away from National Highway 8.

The area is a fine blend of wild and rugged terrain and fertile alluvial plains. The Mahi and Som rivers quietly flow through the area. It is a dream destination for people who love history, isolation, nature and wildlife. The Dungarpur area also boasts of rich flora and fauna. Teak, mahua, mango and date trees are found in great abundance. It is also home to a diverse variety of wildlife including jungle cat, Indian jackal, Indian fox, apes, and porcupine. Thanks to its thick and plentiful forests, one can easily spot birds like eagles, vultures, peafowls, partridges, quails and cuckoos in the area. Add to this, a rugged terrain that is a trekker’s delight and also great for nature walks. 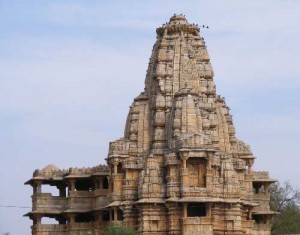 The grand Deo Somnath temple is situated 25 km away from Dungarpur. It dates back to the 12th century. It stands majestically on the banks of River Som and is dedicated to Lord Shiva. The temple is built in white stone. The temple is the exact replica of the original Somnath Temple in Gujarat. A giant Banyan tree which must be hundreds of years old is also a major point of attraction. 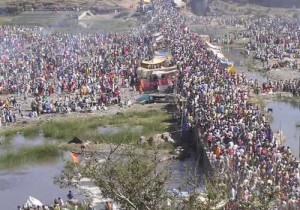 It is a popular week-long tribal fair held in Dungarpur. ‘Baneshwar’ means the ‘Lord of the Delta’ which is derived from the Shiva Linga worshipped in the Mahadev temple which stands confluence of three holy rivers: the Mahi, Som and Jakham. It attracts thousands of Bhil people. 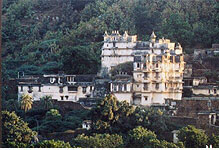 The seven-storied Old Palace, or ‘Juna Mahal’ as it is colloquially known, was built between the 13th and 18th centuries. It resembles a fortress with crenellated walls, turrets and narrow entrances and passageways which were intended to check the advances of the enemy. The interior of the Mahal is no less than an incredible marvel. The palaces are colourful and vivacious. The Aam Khas, or main living room, has impressive mirror work and glass inlays.

The newly constructed ‘Rajmata Devendra Kunwar State Museum and Cultural Centre’ was thrown open to the public in 1988. The huge gallery in the museum houses an extensive collection from the 6th-7th century, 11th-12th century, and 16th-18th century excavations of the Vagad region. The museum is also home to the panel of portraits of the erstwhile Maharajas of the Dungarpur state.

Dungarpur offers a wonderful retreat away from the din and bustle of our hectic lives. Anyone in love with history, nature and wildlife can look forward to a peaceful sojourn in Dungarpur.