Discovering the City of Pali – By Nishank Verma

Nearly a hundred kilometers from Ranakpur, you get the whiff of a city after much of a wait. This is the city of Pali. It is said that the city of Pali was originally called Pallipur – the land of Brahmans. It was an ancient city where numerous Brahmans used to stay. Legend has it that when a new Brahman entered the city, every Brahman family would gift him one gold coin and one brick each. This way. The new Brahman entrant into the city automatically became wealthy.. These Brahman residents of the city were called the Palliwals. But, some 500 years ago, the city was destroyed and all the Palliwals left, possibly because of a strike by the Mughal intruders.

Nearly a hundred years ago, people began to return to the city, and Pali re-emerged from the ruins. In Pali, you will find a temple in every nook and corner. They could be famous temples or unknown; and as big as a whole complex or as small as just a brick. Never the less, each of these temples have long and interesting tales attached and more often than not, you’re sure to find someone standing around who’ll want to share some of it with you. 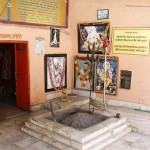 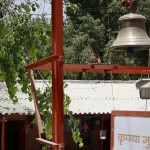 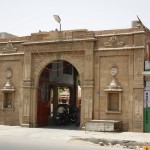 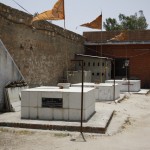 The old city of Pali is especially brimming with temples. The most famous among these is the Somnath Jee ka Mandir, situated in the heart of the busy city. The way to this Shiva temple is a narrow congested road such that it’s not motor-able; and you’ll have to walk the stretch to seek Shiva’s blessings. The vicinity, and in fact the whole of Pali city is abound with temples of various Hindu gods- Balaji, Siddhivinayak and multifarious Devis. 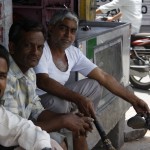 Men can be found squatting outside shops, near temples, under the shade of trees and at street corners during the idle afternoon hours in this congested city. The language here is a heady mix of Hindi and Marwari; many speaking Marwari in so strong an accent that it is hard to grasp.

A famous spot in the city is the Lakhotia garden. Situated in the middle of the old city, one has to drive through dwindling narrow lanes flanked by bright blue colored houses to reach the gate of the garden. It is a lake garden (it houses a huge artificial lake) named after a deity of Bhairon nath jee, whose temple is situated right at the entry of the garden, as you climb down flight of stairs. The temple is also called chattees (36) kaum ka mandir and supposedly every person from the vicinity, immaterial of caste or kaum, visits this temple to seek blessings. 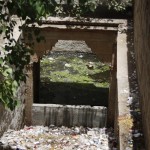 Pali was also once famous for its Baolis (stepwells), all of which are in a sorry state today. You’ll have to find your way through narrow galis (lanes) to reach them, but the pitiable condition of these is sure to disappoint you. But, in the bargain, while so wandering, you might come across other interesting things. For example a tree which is hundreds of years old, or maybe a jumping platform along side a lake which people are sure to claim is also pracheen (ancient).

On a main road just outside the old city sits an ancient Ganpati temple. The pujari (priest) at the ancient temple says that the idol established inside this temple is the first Siddhpeeth Ganpati among the eight that appeared in India many years ago. The idol therefore is called ‘Pallaleshwar’. The compound in which this temple is situated is called Naga Baba Ki Bagechi after a Naga Sadhu, who guarded this idol years ago, and then his lineage carried forward the caretaking of the temple. The place gives you an idea that this was once a spot where religious gatherings took place, going by the number of samadhis of sadhus around, and other holy things scattered around inside the compound. 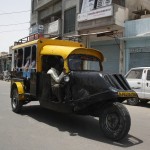 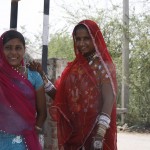 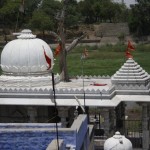 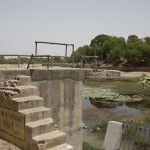 The city of Pali is a mix of many things. It gives you the feel of a small town as well as that of a big city. The living styles and the language are sometimes so rustic that it feels like a laid back Indian small town tucked away in a corner somewhere. Yet it has the infrastructures and businesses of a growing city. The attire of most people is still the traditional Rajasthani costume; almost all men can be spotted wearing bright colored turbans and nearly all the ladies in their colorful ghaghra-cholis, reflecting the summer sun with élan. Signs that Pali is a quickly developing city amid this rather slothful region are quite evident. Just you enter the city you’re greeted with several small and big hotels. The city has two bus-stands and the public transport system is strong with a number of auto-rickshaws plying through the city. One also gets a glimpse of the busy city life amidst the narrow roads and the noisy bazaars. Pali is thus an upcoming city of Rajasthan, situated centrally between Jodhpur and Udaipur.