A day at the Museums | Rajasthan 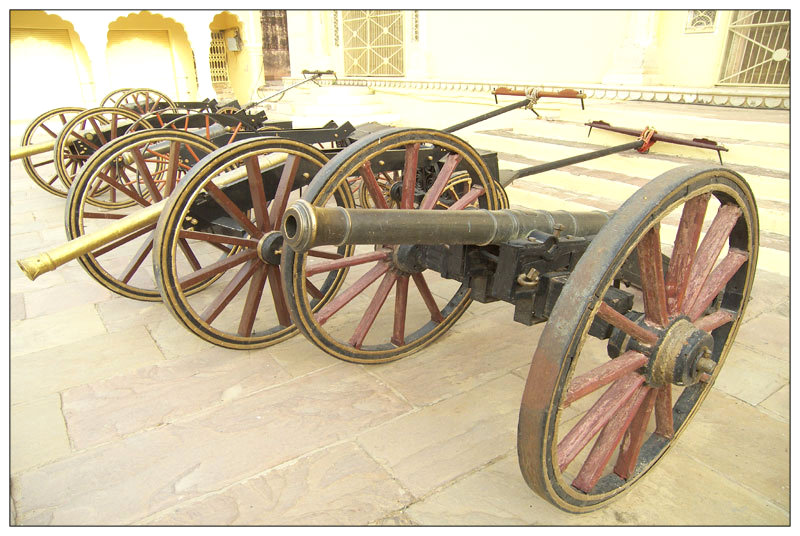 Rajasthan has a rich and vibrant history, even its name translates to “Land of Kings”. Of course, with monarchy comes feudal culture and a history of warfare, and Rajasthan has given India some of the finest warriors.

Many legendary battles have been fought in this region including, Maharana Pratap’s famous stand against Mughal emperor Akbar in the Battle of Haldighati (1576), which saw 10,000 Mewaris fight 100,000-strong Mughal soldiers.

The weapons used in these battles are today a part of Rajasthani history. Therefore, a trip to Rajasthan is incomplete without appreciating some of the fine weaponry displayed at its various museums. They have been well preserved by historians and are a sight to behold.

The City Palace Museum:
This beautiful palace is located in Udaipur and has a special Royal Courtyard dedicated to honour Maharana Pratap and his famous warrior horse Chetak. The gallery holds the original weapons and armour that were used by the king himself during the Haldighati battle. The most fascinating thing to note in this museum is the unique trunk like armor worn by the horses. It was used to disguise the royal horses as enemy elephants, thereby avoiding attacks from other elephants of the Mughals.

Besides preserving the arms of Maharana Pratap, the museum also houses the best collection of hand guns, knives, arrows and axes that were used by the Mughals.

Mehrangarh Fort
The foundation of the Mehrangarh Museum was laid down by Maharaja Gaj Singh II, with the objective of setting up a world class Museum in the city of Jodhpur. This place is a Mecca for people interested in wars and traditional weapons.

The museum displays a wide heritage of the arms used by the Rathores. It also has the finest and the rarest collection of arms from different periods, including swords and shields of the emperors of Jodhpur. The most fascinating weapon in the collection is the sword used by Akbar. 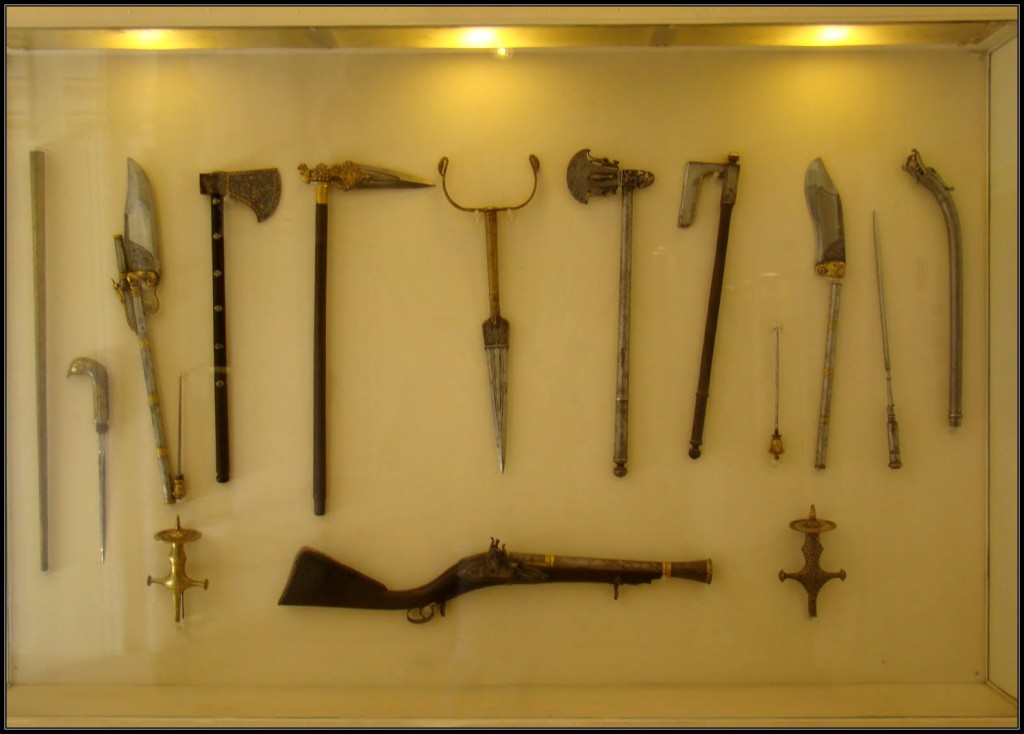 This museum located in the Pink City, Jaipur, is the oldest Museum in Rajasthan and it functions as the State Museum of Rajasthan. The Museum is named after King Edward VII (Albert Edward), and has a
fine collection of rare historical objects including jewellery, sculptures, wooden objects, tribal costumes, marble statues and weapons of
various emperors and kings of different time periods.

Government Museum, Akbar’s Fort in Ajmer
This beautiful museum located inside Akbar’s fort was built by Lord Curzon in 1908. It holds an assortment of miniature paintings, sculptures and arms and weapons. The weapons section has all kinds
of arms and armour used in the battles of mediaeval periods. The collection includes daggers, guns, different kinds of swords, hilts, helmets and other weapons used by the Rajput warriors. The museum also houses a canon.