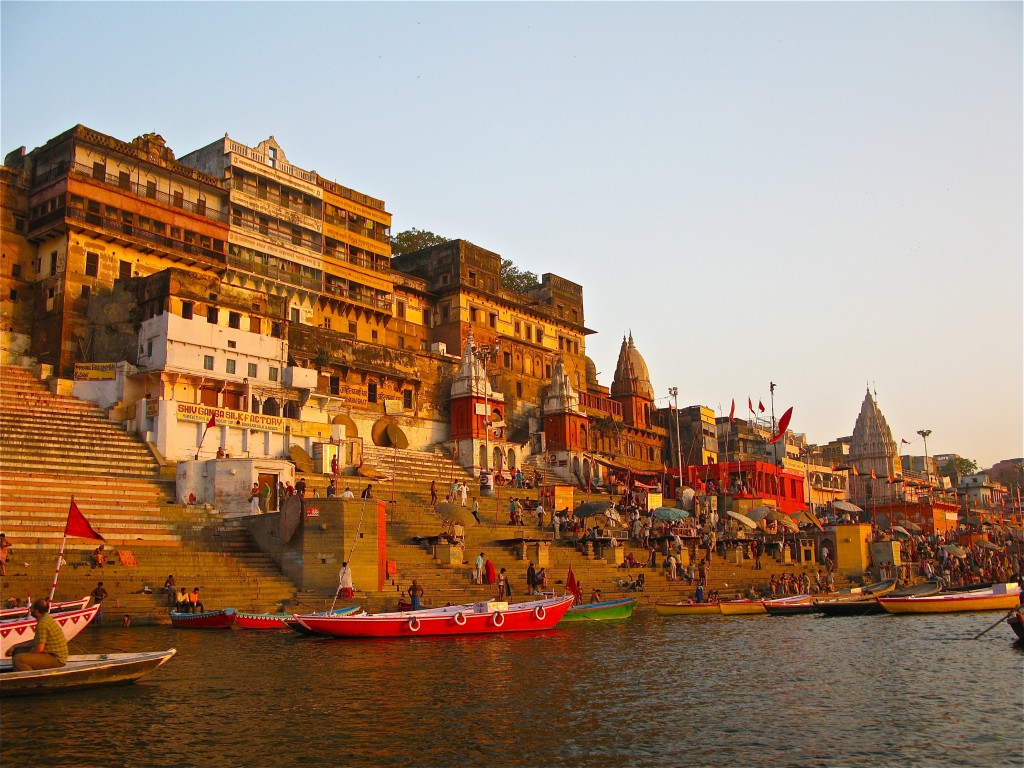 Varanasi, the “Eternal City” has a charm like no other place on Earth. Standing majestically on the banks of River Ganga, it is also called Benaras, or Kashi, which is Varanasi’s historical name. The city has several titles like “The City of Temples”, “The City of Learning”, “The Holy City of India”, “The Religious Capital of India” and “The City of Lights”.

Varansasi is one of the most sacred cities for Hindus. It is said to be founded 5000 years ago by by Lord Shiva himself. It finds mention in several Hindu scriptures like Rig Veda, Skanda Purana, the Ramayana and the Mahabharata. 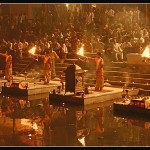 “Ghats” are embankments made of stone slabs along the banks of a river. Pilgrims perform various religious activities at the ghats. There are at least 84 ghats in the city. The Dashashwamedh Ghat is the most important and probably the oldest ghat of Varanasi. It is located on the banks of River Ganga and is very close to the Kashi Vishwanath Temple. According to legend, Lord Brahma created it to welcome Lord Shiva and ten horses were sacrificed here during the Dasa -Ashwamedha yajna performed here. The ghat is has several prominent temples in it’s vicinity.

The Manikarnika Ghat is the major cremation site for Hindus in the city. It is mentioned in the fourth-century Gupta period inscriptions. It is said that an earring (Manikarnika) of Shiva’s consort, Sati, fell here.
The miles long ghats of Varanasi make for a beautiful riverfront which is dotted by shrines, temples and palaces. 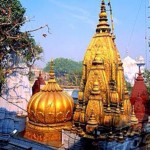 Varanasi has thousands of temples (about 23000, according to some estimates). The most worshipped are the Kashi Vishwanath Temple (dedicated to Lord Shiva, the presiding deity of Varanasi), the Sankat Mochan Hanuman Mandir (dedicated to Lord Hanuman) and the Dugra Kund Temple. The majestic Kashi Vishwanath Temple is located on the outskirts of the city and a part of the twelve “Jyotirlingas”, the most revered shrines of Shiva, that are spread throughout the country. The temple draws lakhs of devotees. Numerous rituals, prayers and aaratis are held throughout the day, starting from 2:30 am till 11:00 pm.

The Sankat Mochan Hanuman Temple stands by the Assi River. Its present structure was built in the early 1900s by the educationist and freedom fighter Pandit Madan Mohan Malviya. According to the popular belief, the temple has been built at the very spot where Tulsidas had a vision of Hanuman.

Varanasi is also a major seat of art and craft. It is renowned for silk weaving and Banarasi silk saris are the most cherished possessions of many a Indian women. Banaras brocades are wanted all over the world. The city is also famous for brassware, copperware, wooden and clay toys. Great Indian saints like Tulsidas, Kabir, Ravidas, and others made this city their home. Kulluka Bhatt who wrote the best known commentary of Manusmṛti in the 15th century also lived here. 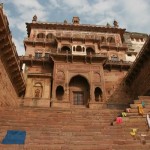 The Ramnagar Fort of Varanasi is the place where the royal family of the city resided for centuries. A fort-cum-palace, it is carved out of red sandstone and was built by Maharaja Balwant Singh. The city also has Jantar Mantar, the traditional Hindu observatory built along the lines of those in Ujjain, Delhi, Mathura and Jaipur. It was built in the year 1737 by Maharaja Jai Singh of Jaipur, who was a great patron of science and technology. The Sarnath Museum is another great site. The oldest museum of ASI, it is home to the exhibits dating back to 3rd century BC to the 12th century AD.

Babatpur is the nearest airport which is located at a distance of 22 km from Varanasi and 30 km from Sarnath. The two important railway junctions of the area are Varanasi and Mughal Sarai. Trains from all major cities of India reach here. If travelling by road, one can reach Varanasi via NH2 which connects Delhi to Calcutta, NH7, which connects Varanasi to Kanya Kumari, the southernmost city of the Indian mainland or NH 29, which joins Varanasi with Gorakhpur.