India’s heartland is often ignored when itineraries of popular tourist destinations are being written, despite it being home to India’s various religions, stunning monuments, temples, and forts, and an ecosystem of flora and fauna that can match any destination in the world. 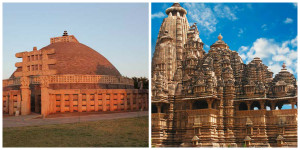 A stunning pairing of valleys and mountains, and water bodies lends to beautiful waterfalls. The water bodies carve a trail as meandering rivers (Narmada, Tapti, Chambal, Sone, Betwa, Mahanadi), cutting through deep rainforests which offer great wildlife sightings, including tigers, bison, deer and antelope. There are countless monuments and mementoes to warriors, artists, and religious gurus. Madhya Pradesh is also famed as the home of some of the world’s most well planned ancient architecture sites.

These include the 3 UNESCO World Heritage Sites:

Today it is one of India’s biggest steel and electricity hubs, but Chattisgarh, formally recognised as a state in 2000, enjoys a rich history. Chhattisgarh is best experienced during any of its innumerable festivals. Local delights include Madai Festival, the local Rajim Kumbh Mela, and the First fruit Festival which sees music and dance performance, preparation of local cuisine and local fervor. There’s a handful of must visit waterfalls spread across its many districts (including Amrit Dhara, Ramdaha, Tiger point, and Tirathgarh). Visitors also must visit the hot spring (known as ‘Taat Pani) reputed to have medicinal properties – this flows throughout the year. There’s also a network of caves in Gadiya Mountain, the Kotumsar cave and Singhanpur cave which features pre-historic paintings. With a forest cover that spans 40% of the geography, Chhattisgarh’s greenery is one of its biggest assets.

India’s smallest state also has the most electrifying experiences to offer. Pristine white sands, a nightlife like no other, and colonial legacy that thrives to this day. Goa is best experienced on its beaches. Or you can take a scenic route – rent a bike or a scooter and zip around from beach to beach. If you’re tired, just stop at any beach shack for fresh seafood and a beer – both delicious and incredibly cheap. There’s also great adventure opportunities, including snorkeling and paragliding. 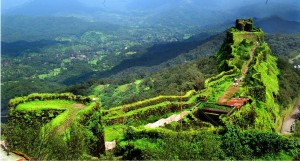 Konkan is one of the most popular vacation getaways for Maharashtrians to escape to, with a coastline that extends up to Goa. Miles of greenery, coconut trees, pristine beaches, a gently sloping terrain and soaring valleys are a respite for city people who grow up in concrete jungles. Konkan railways and a great network of roads make Konkan a quick visit. Popular hotspots include Devgad, Dapoli and Ratnagiri for mangoes and fresh fish. Konkan is best visited during the festive seasons; include Gudhi Padwa, Ganesh Chaturthi, Narali poornima, and Nag Panchami. 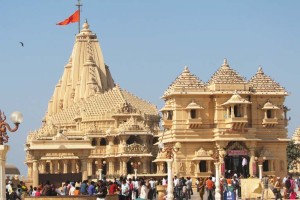 Gujarat offers one of the best combinations of travel experiences – all in one state. There’s amazing close up sightings of animals like the Asiatic Lions, spotted deer (chital), blue bull (nilgai) and the chousingha (the world’s only four-horned antelope) at the Gir National Park. Hours away is the one of India’s most significant hubs of devotion, Dwarka, which finds mention among the 4 major Dhams of India. Kids will love Mehsana, home to the India’s biggest water park.