India has traditionally been a land where people of different religions have lived together in peace and harmony. Predominantly a Hindu country, the Indian culture has been influenced by several other religions including Buddhism which started on Indian soil. Buddhism is one of the major religions in India and there are a large number of Buddhism followers spread across the length and breadth of the country.  India is also home to several Buddhist tourist destinations and some of the most popular ones are discussed below: 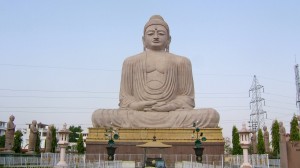 It is one of the four most sacred Buddhist sites in India. The site located about 13 km from Gaya in Bihar draws a large number of Buddhist followers from all over India and even from foreign countries. Legend has it that it is here where Gautam Buddha achieved enlightenment while meditating under a Peepal tree. It is at this place where, Prince Siddhartha became ‘Buddha’. Bodhgaya is the site of the Mahabodhi temple, which is a World Heritage site. 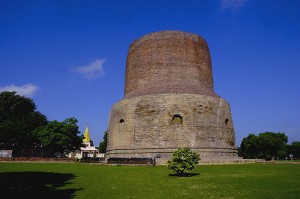 It is a known fact that Varanasi is a major pilgrimage center in India, however, not many people know that Sarnath is also an important pilgrimage center for followers of Buddhism. The site located just about 10 Km from the Hindu holy city of Varanasi is a place where Lord Buddha arrived shortly after he attained enlightenment. The mighty Emperor Ashoka of India visited this place in 234 BC and erected a Stupa of Buddha here. During the 3rd Century BC and 11th century AD several structures of Buddha were erected at Sarnath and some of the Buddhist places that are popular even today are Mulgandha Kuti Vihar, Chaukhandi Stupa, Sarnath Museum and Dhamek Stupa. 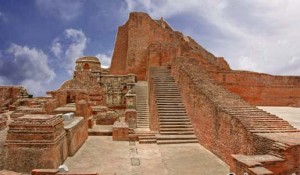 Nalanda, famous for its age old university, the city attracts a large number of tourists every year. People come here to witness the ruins of the old university. The place also has a significant place in the history for being the site where Lord Buddha and Lord Mahavir visited frequently during the 6th century BC. The place is also the birthplace of Sariputra, one of the chief disciples of Buddha. While you are in Nalanda, you must visit the Nava Nalanda Mahavira, which is renowned for its Pali literature and Buddhist culture.

It comes as a surprise, but the capital city of India, Delhi is also one of the important Buddhist places in India. The city is home to World Buddhist Centre, which is a famous meditation retreat for Buddhists. Followers of Buddhism come to this place from all over India to relax and meditate. The place established in 1996 is rated among the most famous Buddhist temples in India. Present in the heart of South Delhi, the centre has a very calm and serene environment. Once you are inside it, you would be greeted with tranquility that would immediately reassure and soothe your senses. People from all walks of life come here to get away from the hustle and bustle of their daily life to learn meditation. The centre jointly managed by Indian and Japanese monks has a meditation room, lecture room and a Japanese styled dining room.