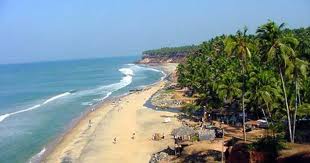 VARKALA BEACH: 50 Kilometres northwest of Thiruvananthapuram, Kerala is a small town called Varkala where gorgeous sedimentary cliffs with water spouts and mineral springs meet the Arabian Sea. The beach, known as Papanasam Beach houses an ancient temple that is said to have holy water with the power to wash away all sins. It is famous for its glorious sunsets and the surrounding resorts that offer great Ayurvedic treatments and has been ranked as one of the top 10 seasonal beaches in the world by the Discovery Channel. There is just something so very pristine and restorative about the place. 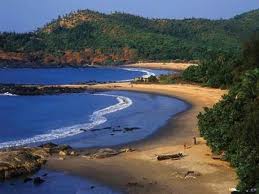 GOKARNA BEACH: A temple town in Karnataka, Gokarna has been referenced in both sacred texts of the Ramayana and Mahabharata is the ideal site for both pilgrimage and tourism. While the beautiful Gokarna Beach forms the coast of the town of Gokarna, there are numerous other beaches towards its south that remain largely untouched by human activity and are therefore, even more fascinating. Kudle Beach and Om Beach (called thus since it’s in the shame of the Om symbol) run along muddy hills which make them accessible only by foot and rickshaw. Half Moon Beach and Paradise Beach are accessible only via foot or boat. 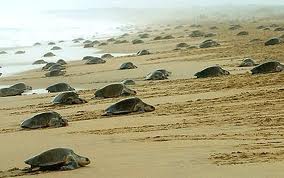 MORJIM BEACH: Amidst the hustle bustle of India’s foreign tourist capital, Goa, Morjim is a vast stretch of glistening, soft white sand. Often known as “Little Russia” thanks to the heavy patronage of European and especially Russian tourists, Morjim is lined with eclectic shacks that serve up the tastiest of food, drink and ambiance. The waters here are as clear as they get in Goa and there are a plethora of water sports to enjoy. Interestingly, Morjim is also the nesting and hatching habitat of the Olive Ridley Sea Turtle, an endangered species, which the local community strives hard to protect. 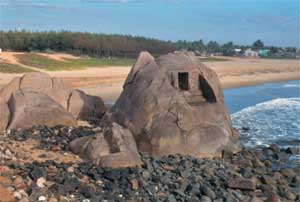 MAHABALIPURAM BEACH: Mahabalipuram, Tamil Nadu is an erstwhile port city of great import for the ancient Pallava Kingdom. The beach at Mahabalipuram attract tourists from across the world, not only owing to the beautifully golden sand and ample opportunities for sun bathing but also thanks to the extravaganza of beautiful rock cut-art 7th and 9th century monuments, that have been certified as World Heritage Sites by UNESCO, that sit on the beach. The sea here however tends to be rough and is not recommended for swimming. 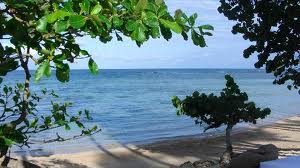 SERENITY BEACH: If you’re looking to kick off your shoes and relax on calm and soothing beaches with cool waters and a soft breeze, the Pondicherry is the place for you. Serenity Beach is 1.5 kilometres of clean beach ideally suited for unwinding, swimming and sunbathing, despite having witnessed one of the bloodiest battles between the French and the British. Other beaches in Pondicherry include Paradise Beach, Karaikal Beach and Mahe Beach. The many resorts, cafes, restaurants and cottages; and the French influence on almost everything makes for an interesting stay.