The Charismatic Mysore: A City of Glorious Past

Mysore, Karnataka is one of those places which continues to be bathed in the glories of its past. A past made up of stately temples, enticing folklore, legendary kings, queens and conquests; rich patrons, extravagant durbars and pearled hallways! As a tourist you can soak in this history in each and every old, winding street of Mysore!

The second largest city of Karnataka, Mysore is about 140 km from Bengaluru and derives its name from Mahishasura, a troublemaking demon in Hindu Mythology who was slain by Goddess Chamundaeshwari. Mysore is actually the anglicised version of Mahishuru (the abode of Mahisha). The temple of Chamnundeshwari continues to stand atop the Chamundi Hill and watches over the city. During the course of history, Mysore has been a prominent seat of the rule for the Wadiyars, Tipu Sultan and the British Raj.

It will be no exaggeration to say that all roads in Mysore lead to the grand Mysore Palace. An ode to magnificence, the Mysore Palace is a jaw-dropping marvel with ornate ceilings, jewelled corridors, open mandaps, stained glass windows, vivid paintings and Wadiyar memorabilia – including the jewelled throne. It is sure to leave the beholder dumbstruck and awed for life. The palace plays host to the famous Mysore Dashehra celebrations with much pomp and glory. Other major palaces in the city are Jaganmohana Palace, Rajendra Vilas, Lalitha Mahal (which is now the Lalith Mahal Palace Hotel) and the Jayalakshmi Vilas.

Chamundi Hills are in close proximity to the Mysore Palace. The 12th cent 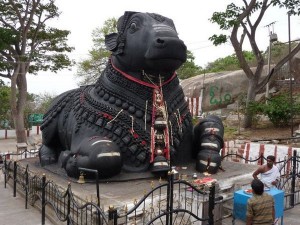 ury Chamundeshwari Temple built on top of the hills in the style of the Hoysalas is simply breathtaking. The temple houses one of the largest monolithic Nandi statues. At an average height of 1000 metres, the hills offer a panoramic view of the city. The Lalitha Mahal Palace, Mysore Palace, Karanji and Kukkarahalli lakes are some of the chief landmarks that can be discerned from the top. During the Dashahra festival, the illuminated Mysore Palace glitters like gold.

There are many other attractions in Mysore that are equally grandiose. St. Philomena’s Church is an awe-inspiring example of Neo-gothic architecture. The Brindavan Gardens are large and impeccably manicured. The wilderness of the nearby BR Hills is equally attractive. The Ranganathittu Bird Sanctuary is made up of six islets and is a favourite among water birds including painted storks and pelicans. The River Cauvery, teeming with crocodiles, flows by it. The entire setting is serene and leaves the visitor delighted.

Mysore is also home to as many as 180 parks and 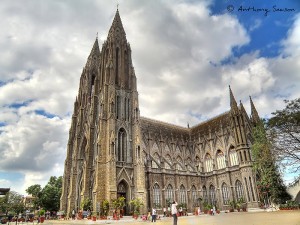 playgrounds. Mysore Zoo (established in 1892) is one of the oldest and most popular zoos in not just India but in the world. Three more jewels in Mysore’s crown are its three museums: The Folk Lore Museum, The Rail Museum and Wax Museum – Melody World. Mixed as the flavours are, Mysore offers an experience that has been tried, tested and approved by royalty for centuries. A visit to Mysore is something which will forever be etched in your mind.