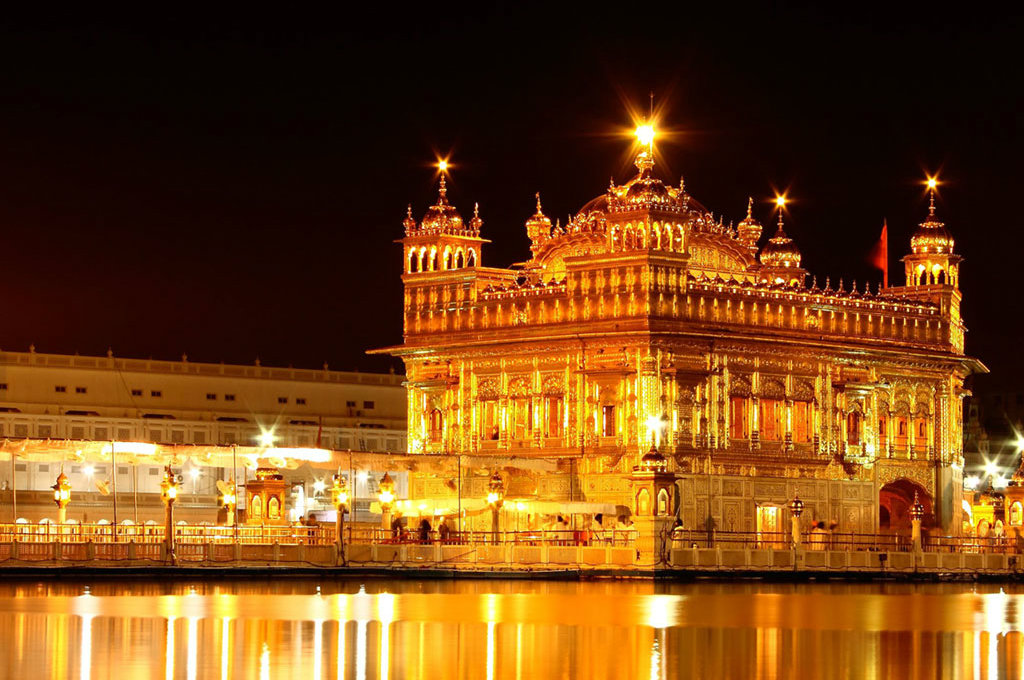 Punjab is known for many things, chief among them are its cuisine, culture and history. Major tourist hot spots here include Amritsar, Ludhiana and Patiala. The state has great railway connectivity and a fast and reliable system of local buses enables you to travel and absorb the local flavor.  Air connectivity is also good, with airports at Chandigarh and Amritsar.

It is interesting to note that while Sikhism is the most common religion here, Punjab has been home to Hinduism and Islam as well. Photographers are in love with the battle sites, shrines and temples here but one of Punjab’s biggest sources of tourism inflow is religious tourism.

Sikhism was born here, and therefore religious tourism in Punjab is dominated by the presence of some of India’s most beautiful Gurudwaras dedicated to the Sikh gurus. Resplendent with amazing architecture, incredible cleanliness and beauty, the Gurudwaras are a must-see in the state. Here are the ones you need to see:

The Golden Temple in Amritsar
Amritsar’s Golden Temple draws tens of thousands of visitors from all denominations every day. It is a must-visit for tourists visiting Punjab for the first time, and is also revered by Sikhs across the world as the oldest and holiest Sikh shrine.

The Temple is situated amid a beautiful pool of water known as the “Amrit Sarovar” and it is a Sikh custom to drink a few drops of the water and even immerse babies in this water. The temple gets its name from a gold plate covering the temple’s dome. This imparts it with a brilliant golden sheen that makes it a photographer’s delight.

Gurudwara Kiratpur Sahib
Established in 1627 by Sri Har Gobind Sahib, this Gurudwara is located at the foothills of the Shivaliks in Punjab. This is where Guru Gobind Singh lived the last few years of his life. It is also historically connected other Sikh Gurus. The next gurus after Guru Gobind Singh (Guru Har Rai and Guru Har Krishan Dev Ji) were born and raised here.

Dera Baba Nanak
Located 35 km from Gurdaspur, near the Ravi river, this is where Guru Nanak Ji spent the last twelve years of his life. The banks of the river Ravi is where he choose to meditate, and Dera Baba Nanak gurudwara commemorates this holy place.