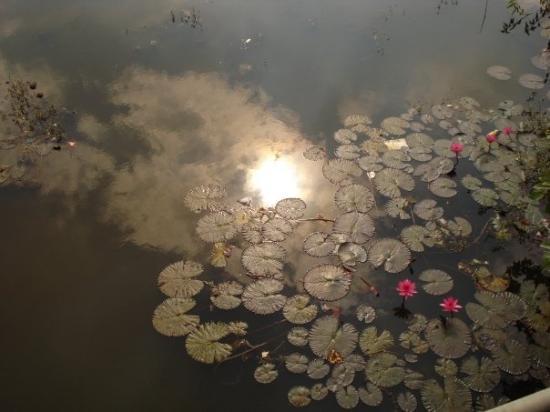 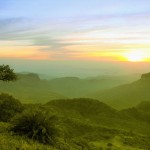 Madhya Pradesh, often known as the heart of India, is one of those states that are yet to be realised in the terms of their natural beauty and bounty. Pachmarhi is one such hill station in the state that is bound to tangle you in a serene trance, with views and memories that will always remain fresh and mesmerising. Upon entering Pachmarhi, the view that is bound to come to your immediate notice is the lush greenery that extends for miles and miles. The lush is primarily due to the thick forestation of the Sal trees. Pachmarhi is often titled as the Queen of Satpura, or as the locals refer to it, ‘Satpura ki Rani’, due to its location in the Satpura Range.

The highest point of the central Indian region, the Vindhya and the Satpura mountain range, lies here in Pachmarhi, named Dhoopgarh. At 1,350 meters high in the sky, it is indeed one exotic and beautiful location. It gives a wonderful vantage point to view the sunrise and sunset apart from the breath taking view of the entire Satpura range. The other major peak, that is a mere 20 meters shorter than the Dhoopgarh is located at Chandigarh. It is a popular pilgrimage spot also comprising a temple of lord Shiva at the top. This site is also known for its ‘Shehedh’ (Honey) and ayurvedic medicines. 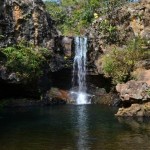 The peak tourist season would be during the winters, i.e. November to March. Ono of the biggest attractions is Rajat Prapat waterfall. It is a horsetail-shaped waterfall which at a height of 351 feet is the 30th highest waterfall in India. It lies in the Hoshangabad district of Madhya Pradesh.  When sunlight falls on these magnificent falls, they glow in shades of astounding silver and hence the name ‘Rajat Prapat” or Silver Falls.

With the aid of a forest guide, treks are conducted that lead you towards the base of the falls providing you the privilege of witnessing pre historic cave paintings that date back to more than 10,000 years. The bathing pools above the waterfall are very popular.

The ‘Apsara Vihar’ or ‘Fairy Pool’ is another very popular destination that serves as an ideal picnic spot for families and friends. The pool is shallow and deepens only as you near the base of the fall. A two kilometer trek that consists of minor ascends and descends on the way towards the Rajat Prapat can easily be undertaken in order to reach the heavenly pools. 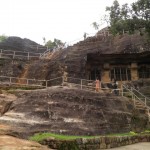 The most major attraction would be that of the Pandava caves, that lie just at the outskirts of the town and just at the mouth of the Pachmarhi Wildlife Sanctuary. The caves are a cluster of five ancient homes that have been excavated in the sandstone rock residing in a low hill. They have been said to belong to the five Pandava brothers during their legendary exile. Indeed it is a thrill to realize that the characters of the great epic Mahabharata resided at a location you now stand upon. No wonder Pachmarhi is rightfully titled as ‘The Jewel of Satpura’.