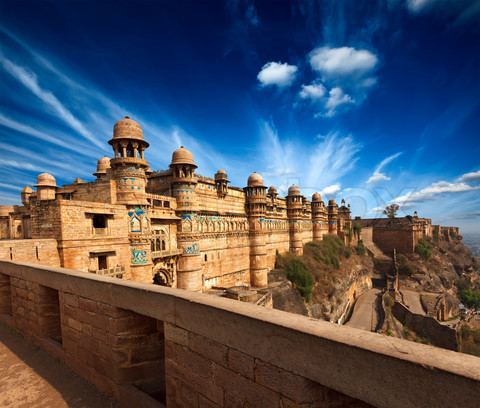 Madhya Pradesh, often called the ‘Heart of India’, promises an amazing experience for the traveller. With historical monuments, rich wildlife, hill stations, pilgrimage sites, adventure sports, cuisines, festivities and a multitude of cultures this state has something for everyone!

Read on to find more about our editors’ pick of top five tourist destinations of Madhya Pradesh.

Khajuraho is a small village renowned globally for its magnificent temples which represent the great Indian architecture. A UNESCO World Heritage Site, Khajuraho has numerous sculptures that depict everyday life scenes but the most renowned are the sculptures that depict physical manifestation of love. Khajuraho temples were constructed during the reign of Chandel Empire between 950 and 1050 A.D. The Khajuraho village is mesmerizing, with a picturesque rural ambiance. 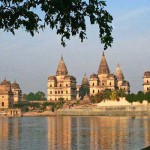 Orchha is a beautiful region rising out of the hills located on the banks of river Betwa (approx. 16km from Jhansi). Proudly sheltering the historical monuments which haven’t lost their charm till date; it narrates the eternal tales of war and peace. It was discovered by Bundela rajput Rudra Pratap.

Temples of Orchha and Phool Bagh are the famous tourist destinations. One can also visit many-tiered Jehangir Mahal which was built in 1606 and has gained recognition for its fine murals and the Rai Praveen Mahal. 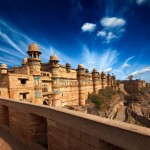 Historically a significant city, the city owes its name to a sage, Gwalipa, of former times. Gwalior was on the major erstwhile routes between north and south India. Even now, it is well connected to all the major cities of the country via road.

Among the numerous attractions of Gwalior, the glorious Gwalior Fort deserves special mention. Its architecture was appreciated by the first archeological surveyor of British India, Alexander Cunningham as the ‘noblest specimen of Hindu architecture in Northern India.’ Fort dates back to 8th century and was built by the Rajputs. The city also houses the tomb of Mohammed Ghaus II, renowned for its sandstone screen work. It is an exceptional tomb of early Mughal influence that belongs to late 16th Century. 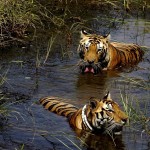 Located in the Umaria district of Madhya Pradesh, Bandhavgarh National Park is spread over a vast area of 105 sq km (with buffer region of 437 sq km). It was declared a national park in the year 1968. Bandhavgarh means ‘Brother’s Fort’. The reserve derives its name from the great Hindu epic of Ramayana. It is believed that this hillock was given by Lord Rama to his younger brother Lakshmana to keep his eyes on Lanka.

The abundant biodiversity of this National park has listed it as one of the most famous wildlife destinations in the country. Bandhavgarh is especially known for its dense tiger population.

One Reply to “Madhya Pradesh | Exploring the Heart of India”