India has one of the most diverse geographies in the world. From mountains frosted with snow to scorching deserts, the nation offers a plethora of opportunities for fans to enjoy the great outdoors.

India’s proximity to a few oceans also means that the lakes, rivers, and other water bodies criss-cross the subcontinent. You can go anywhere in India – Kashmir or Kerala, Rajasthan or Assam, and you’ll find a water body. Many of these are scenic beauties and are worth exploring.

Here are a few suggestions for lake tourism that you must explore.

One of Asia’s largest freshwater lakes, it’s also India’s biggest. Being located in Jammu and Kashmir, large mountains form the backdrop of the lake, which serves as a habitat for fish, birds and wildlife. A great lake for fishing, you must check this out if you’ve already seen the incredibly famous Dal Lake. Dal Lake is considered one of India’s most beautiful lakes. People flock to the lake not only for its scenic beauty, but also for its floating gardens, ‘shikaras’ and houseboats.

It is among Haryana’s biggest natural lakes. For many in the National Capital Region, Damdama Lake is a weekend getaway as it is located close to New Delhi. Along with boating, it is known for outdoor activities like rock climbing, bungee jumping, and trekking. Nearby is the Sohna Lake, another famous tourist destination. 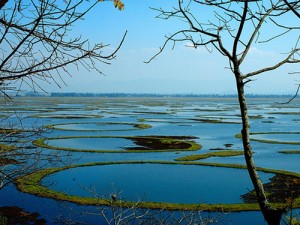 This is Northeastern India’s largest freshwater lake and is also considered the world’s only floating lake, reason being the floating islands found only on this lake. Along with serving as an important tourist destination, the lake is essential for hydropower, and its fresh water is critical for local irrigation and drinking water. The endangered species of Sangai, is found today only in the Keibul Lamjao National Park in Manipur, which is on the lake’s shore.

Asia’s largest artificial lake, Upper Lake, is located in what is known as the “City of Lakes”, Bhopal. Locally known as ‘Bada Talab’, the lake is an important source of water. After you’ve seen it, you can also quickly check out some of the many lakes that dot the city, and take part in activities like canoeing and boating.

This artificial fresh water lake is found in Udaipur, Rajasthan. It is among the five prominent lakes of Udaipur, which include Udai Sagar, Fateh Sagar, Rajsamand and Jaisamand. Close by is Pushkar Lake, which is an increasingly popular tourist destination for its annual camel fair. 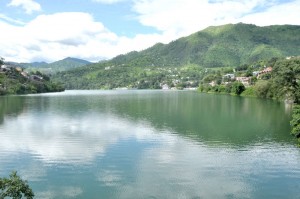 Uttarakhand’s lakes are famed for their scenic vistas, and the Bhimtal region’s biggest draw is its lake. Close by is the Nainital Lake, one of the largest fresh water bodies in India.

Among the world’s highest lakes, this freshwater body is located northeast of the Kangchenjunga range. One of the biggest lakes in the region, Gurudongmar is, for the locals, a sacred spot. If you have time, you must also visit Tsomgo Lake (called the ‘frozen lake’) and Khecheopalri Lake (called the ‘wishing lake’).