How to Travel East India in 10 Days!

When referring to East India, one would be referring to the four states of West Bengal, Orissa, Jharkhand and Bihar. The region is rich in history as it was the centre for many illustrious empires, from the time of the Mahabharata right till the British Raj. Culturally, to say that the people of this region are varied would be an understatement. From the tribal folk of Jharkhand’s dense forests to the mountain dwellers of northern West Bengal, the urbanites of Kolkata to the largely rural population of Bihar and the extremely skilled artisans of Orissa, this region has it all.

However, due to vast distances and poor rail/air connectivity, it is difficult to explore all four states in 10 days. However, here are some of the places that you must visit!

Kolkata was once the capital of the British Empire and relics from the era can still be seen in and around the city; the most famous amongst them being Victoria Memorial and Fort William. The Howrah Bridge and the ghats on the River Ganges also attract tourists in throngs. However, the most exciting part of Kolkata is its people – the intellectuals and the artists. Hunt around for their hangouts. The Park Hotel has quite a few bars and clubs for those looking for nightlife. And of course – please try out the snacks sold on the streets of Kolkata. They are absolutely divine! 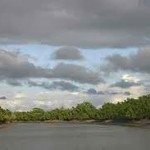 Sunderban is the world’s largest estuarine forest and delta covered by mangrove forests of Sundari trees, from which it derives its name. These trees hold together small islands of mud on which they grow and on which one can explore the place in boats in search of and in fear of salt water crocodiles and more famously, the Royal Bengal Tiger. However, the safer way to spot these miraculous creatures is the strategically placed watch towers. Other animals to be found in this gorgeous setting are deers, boars, monkeys, mongooses, fishing cats, jungle cats and a variety of beautiful birds.

Explore the bit of Kolkata you hadn’t been able to soak in one day 1! 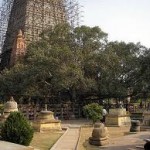 Bodh Gaya is one of the most revered Buddhist Sites and is said to be the place where Buddha received enlightenment after pious meditation. The temple complex here houses the famous Mahabodhi temple/stupa and a descendant of the original Bodhi Tree under which Buddha sat. Nearby is the Nalanda University which is a Buddhist university dated back to 450 CE. While the place lies in ruins, the ruins are extensive and remain awe-inspiring. 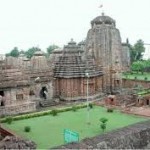 Bhubneshwar, the capital of modern day Orissa, is known as the Temple city; the most famous amongst them being the Lingaraj Temple that towers over the cityscape and can be seen from afar. On the outskirts of the city are Khandagiri and Udaygiri; 2nd Century Jain monasteries artistically carved from the hill faces. Dhauli Giri is the site where legendary Emperor Ashoka renounced war and turned to Buddhism back in 3rd Century. Rock edicts erected by him can still be seen. Also check out the newly established Ekmara Haat which is the local handicraft market; selling all sorts Oriya handicrafts. Many of India’s famed desserts originated here so a trip to a “sweets shop” is essential! 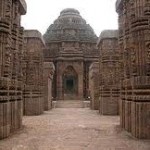 Konark is famous for the 13th century Sun Temple built in black granite by King Narasimhadeva – I of the Eastern Ganga Dynasty. This world heritage site is heavily decorated in stone carving and takes the form of Surya (the Sun God) and his chariot drawn by seven spirited horses. About 30 minutes away, Puri is one of most important religious destinations for Hindus. It is one of the main pilgrimage sites and famous for the Jagannath Temple built in the 11th century. Puri also has one the best beaches in India for swimming and is therefore a popular beach resort known for beautiful sunrises and sunsets.