Skip to content
Home » Hampi – Did Anyone Say Ancient? : By Sanibh Aryan 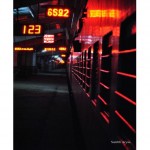 Hampi is a short journey from Bengaluru. It takes 7 hours by bus and 10 by train… but train journeys are just so much more fun. The one thing that the Indian Railways gives you without fail is a brilliant view of this country. En route Bengaluru to Hampi you’ll see rolling hills, lakes, bridges and small but pretty towns. It’s a fascinating ride through a landscape that seems to change every 10 kilometres.

Hampi is popurarly known for its 14th century ruins of the palaces and temples built during the era of Vijayanagara empire that were wonderfully carved and brilliantly etched into the royal landscape.

Deciding to dive into history for one weekend, my friends and I took a train to Hospet which is about 15 km from our destination, reaching around 7:00 in the morning and took an auto rickshaw to Hampi. 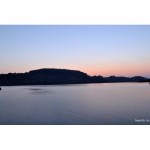 In the auto that raced through the narrow lanes of the temple town, we drove straight to the Tungabhadra River in Hampi – one of the most wonderful places to visit here. After soaking in the sights and sounds of the river, we marched through banana farms and paddy fields in our quest for Mango Tree, a highly recommended restaurant. Not surprisingly, the restaurant was located under a huge (ok let’s be honest, it was enormous) mango tree which serves great food and an even better ambiance which you have to literally tear yourself from when you have to leave.

We then took a ferry across the river and it seemed like the world had flipped around. To get a better picture, imagine Palolem in Goa with a river instead of a beach. The place was dotted with small shack hotels and travellers from all over the world with stories to share. All we wanted to do was lie around and chill. One can rent a bike and amble around to a nearby reservoir to watch a brilliant sunset or watch Sachin score a fantastic century while hogging on delicious food served at the various hotels/shacks like we did. Though a bustling tourist district, this side of the Tungabhadra was peaceful and relaxing and had the perfect ambiance to loll around.

The next morning, we took the ferry past the river to the temple side of town. The entire town-side is littered with 14th century buildings like temples, elephant stables and palaces. The palace of the Queen in particular is spectacular with sprawling lawns and flowering trees. The temples of Hampi are famous worldwide for the intricacy with which they have been carved and designed. Somehow,  while the rest of Hampi seemed to have moved on, it seemed like time had slowed down  in this part of town and many of these Hindu temples are still actively used. In the evening, we had another scrumptious dinner and headed to Hospet, from where we took our night bus back to Bangalore. 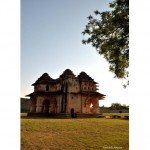 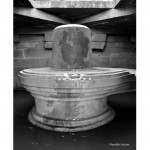 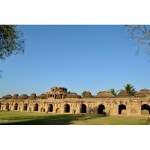 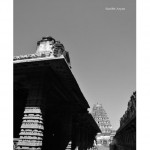 If you’re in Karnataka and don’t know how to occupy yourself over the weekend, I suggest you pack your bags and hit the town of Hampi to experience another world altogether. Hampi is a haven for the frugal traveller as all places are fairly cheap.

Note that tourist season to Hampi is limited from November to February. All other months are rather hot. Also the nearest doctor is in Kamalanagar which is about 5 kilometres away and closest hospital is in Hospet.