The state of Orissa (now Odisha) has a unique, unparalleled charm of its own. It is said to be a “glowing green jewel of a state”. One finds in Orissa, a wonderful amalgamation of spirituality, religion, culture, art, and nature. Visiting Orissa and beholding the architectural wonders and pristine sea beaches make for an enthralling experience. Orissa is replete with festivities all around the year and exploring Orissa can be an experience of a lifetime. You’ll have so much to see, so much to learn and so much to be in awe of. The destinations are easily accessible and well-connected. The road network, though patchy in the deep remote stretches, is generally good with reasonable facilities. Bhubaneshwar, the capital city is well connected to other parts of India via road, rail, and air and also with the important centers of the state.

Let’s check out some prominent tourist destinations in the Orissa:

A 13th century marvel, this temple was constructed from oxidized and weathered ferruginous sandstone by King Narasimhadeva I (1238-1250 CE). The temple is one of the most renowned temples in India and also a World Heritage Site. According to the popular legend, the temple was built by Lord Krishna’s son Samba who got afflicted by leprosy, owing to his father’s curse on him. After 12 years of penance, the Sun God cured him and he built the magnificent Konark Sun Temple in His honor. The temple is indeed amongst the most stunning monuments of religious architecture in the world.

One of the “Char 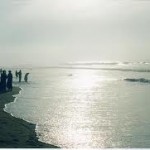 Dhams” of India, Puri is the abode of Lord Jagannath. The sun-kissed beach of Puri is world-renowned. The 65 metres tall Temple of Lord Jagannath, built during the 12th century by Chodaganga Deva has an overwhelming influence on the cityscape. The temple is famous for its annual Rath Yatra which is a grand affair and draws lakhs of devotees and the temple is an architectural marvel. Other important temples in Puri are Gundicha Mata Temple, Lokanath, Sunaragauranga, Daria Mahabir and Tota Gopinatt.

ple City of India”, the state capital is the seat of Tribhuneshwar or Lord Lingaraj. The Old Town is dotted by hundreds of temples which are striking examples of Orissan temple architecture. The new Bhubaneshwar is a bustling metropolis. With its modern buildings and great infrastructure, it perfectly complements the old part of the city. With facilities to cater to every type of visitor, Bhubaneswar makes an ideal tourist destination.

Cuttack is the former capit

al and one of the oldest cities of Orissa. Situated at the apex of delta formed by the rivers Mahanadi and Kathajodi, the place serves as a convenient base for touring various places of interests in the district. The city is internationally famous for silver filigree work. The stone embankments on the banks of River Kathajodi narrate the tales of skills of ancient Cuttack artists. The Barabati Fort at the banks of the River Mahanadi plays home to several sports events and cultural programs. Other noticeable tourist attractions include Madhusmriti, Swarajya Ashram, Gurudwara Daatan Sahib, Temple of Cuttack Chandi, Qadam-i-Rasool shrine and Netaji Birthplace Museum.

Orissa is also blessed with a variety of exotic wildlife, water bodies and waterfalls.  At Chilika, Asia’s largest brackish water lake, you can view the beautiful dolphins. The lake is also a haven for millions of birds. Nandan Kanan, an amazing combination of a zoo, a botanical garden and a wildlife sanctuary is home to the Royal Bengal Tiger. The place also has the distinction of being the first captive-breeding center for gharial crocodiles.