West Bengal’s history intertwines the story of many civilizations and settlements which have left their footprint here. The result is numerous ethnicities, religions, languages, and traditions that make its people fascinating for all onlookers. Its varied geography from the Himalayas to the delta of the sacred Ganges River creates numerous biospheres that encourage different lifestyles amongst the residents as well as an exciting variety in flora and fauna. Being an ancient state, West Bengal has many monuments and buildings that pay homage to the civilizations gone by and a deep rooted passion for religion results in ample destinations for religious tourism. In short, West Bengal is a vibrant state with much to offer the tourist. 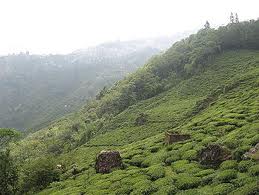 Hidden quietly in the shadows of the Eastern Himalayas, the hill stations of West Bengal get the lion’s share of the state’s tourism. A fact that is hardly surprising as the sheer natural beauty of these destinations is enough to hold the toughest city dweller captive. Clear skies, almost never ending plush green mountains and the snow capped mountains on the horizon are breathtaking. Darjeeling of course is the most famous amongst them. The tea plantations, the relics of the British Empire and that quaint small town ambiance make Darjeeling delicious. Other famous hill stations of West Bengal that are patronized by Indian and foreign tourists alike are Kurseong, Kalimpong, Rimbik – Rishop, Lava & Lolaygaon, Mirik and Sandakphu. 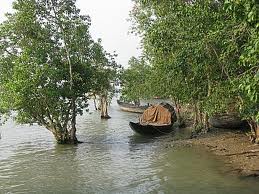 The Mangroves at the Sunderban Biosphere Reserve is extremely rich in diverse aquatic and terrestrial flora and fauna. Preserved by many laws by the Indian government and UNESCO, the Sunderbans is the only mangrove that is home to a tiger population and in fact, has the largest tiger population in the world. Geologically, the Sunderban delta is the largest delta in the world and somehow, manages to reduce the fury of cyclonic storms, prevents erosion due to tidal action and acts like a natural fish nursery. A trip to the Sunderbans is a must for all those who want to experience the thrill of viewing some fascinating (and slightly dangerous) animals like tigers and crocodiles, birds and plants up close.

d along the eastern edge of the Indian subcontinent, West Bengal has many a beautiful coastline that extends from the Gangetic Delta to the border of Orissa. These pristine beaches serve up delectable sunrises and sunsets, clean waters and beautiful skies from the many sea resorts that populate them. Rows of forests, warm and pleasant weather that lasts through the year and a gorgeous sea are enough to drag in tourists in throngs. Some of the famous sea resorts in West Bengal are Dhiga, Shankarpur, Mandarmoni, Bakkhali, Gangasagar, Tajpur etc.

Heritage sites across West Bengal are plentiful an 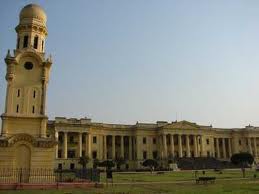 d significant. Kolkata having once been the capital of the British Empire is dotted with numerous structures that not only keep alive the memory of the Raj but add a curiously quaint aspect to the city. The Victoria Memorial, St. Paul’s Cathedral, Dalhousie Street are must visit destinations for history buffs. The Belur Math in Howrah or the colonial courts in the Murshidabad district also give a clear peek into not only the state’s but the nation’s history. 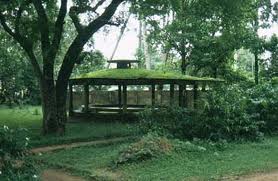 ketan is a small town in the Birbhum district and its fame lies in it being the legacy of Nobel laureate Rabindranath Tagore, who had envisioned it, as a University town. It was in 1901 that Tagore started a school here in 1901, modelled on the ancient Gurukul system. The open air education juxtaposed to the cloistered environment of classrooms became popular and many of the country’s most successful people, including Indira Gandhi, Satyajit Ray and Amartya Sen, have been associated with the school. Kala Bhavana, Shantiniketan’s art college is still considered the best in the world. Shantiniketan is also famous for its fairs and festivals usually held in December, January and March. 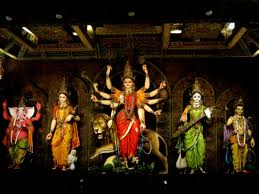 Over and above all of this, the Bengali gene is deeply passionate about academics, art, philosophy, sports and most of all, religion; and often, residents take to the streets in expression of their emotions. Durga Puja or Pujo is one such time of the year where devout Hindus in the state bring their lives to a complete halt in order to celebrate the festival for a week with much pomp and show. It would be a shame for one to not witness such elaborate celebrations first hand – be rest assured though that there will be not much else for you to do West Bengal on the days of Pujo!