Punjab is a historic land with exquisite monuments, natural beauty, religious sites, and fertile greenery. A drive through the state will showcase endless stretches of mustard fields on both sides that make for a stunning sight. Punjab is the heart of India’s green belt and is bordered by Rajasthan, Jammu and Kashmir, Himachal Pradesh, and Haryana. The state is said to have derived its name from the five rivers which flow through it – Indus, Sutlej, Beas, Ravi, and Ghaggar. The cities of Punjab too have many places of interest for the tourists and are visited by people across the world. 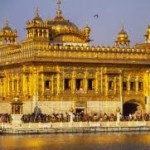 The supreme sacred pilgrimage destination for Sikhism, Amritsar is home to the famous Gurudwara Harmandir Sahib popularly known as The Golden Temple. Amritsar lies in the heart of Punjab where one can witness the richness of Punjabi culture, art, music, and dance. The Golden Temple is a highly revered religious abode with an imposing dome covered with gold. The entire edifice of the gold-covered dome and the marble base enshrine the holy script of Guru Granth Sahib and it reportedly took 400kg of gold leaves to cover it. Though it is a holy shrine for the Sikhs, people from various other faiths also flock to offer prayers at this holy place. The temple is exquisitely adorned with intricate designs and carvings. 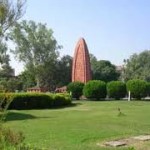 witnessed the most gruesome acts of inhumanity on Indian soil, Jallianwala Bagh will always have a place in Indian history. It is a reminder of a sordid chapter in the Indian Freedom Struggle when hundreds of innocent men, women, and children perished due to the indiscriminate and ruthless firing by the British Police in 1919. The bullet marks are still alive on the boundary walls. 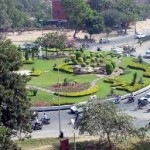 The capital of Punjab and Haryana, Chandigarh is the first planned city in India and was specially designed by French architect Le Corbusier. The main attractions in Chandigarh are the Rock Garden, Sukana lake, Pinjore Gardens, and Rose Gardens. The Rose Gardens, better known as Zakir Hussain Rose Garden, is the largest rose garden in entire Asia and features a stunning range of over 1600 rose species. Leisure valley resembles a garland of gardens that lends the entire city enormous charm. Chandigarh’s Rock Garden, full of art objects made of industrial and urban waste, is the epitome of human creativity and innovation. Sukhna Lake, a three km long unique man-made lake, is a scenic lake that lies in the foothills of the Shivalik range.

Situated by the old bank of Sutlej River, Lud

hiana is the largest city in Punjab and is replete with a number of splendid tourist attractions like the Nehru Rose Gardens, Rakh Bagh, Raja Ranjeet Singh Fort, and Tiger Safari. Ludhiana is easily accessible and well maintained. 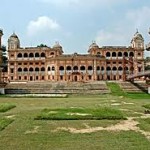 la on the other hand is a unique city that gives the much-needed calmness far from the madding urban chaos. Patiala is certainly among the most elegant cities of Punjab. Stroll through the streets of Patiala and you would be able to perceive it is a once princely state. The best of them all is the Moti Bagh Palace that strikingly resembles the Shalimar Garden of Lahore. Today it houses the National Institute of Sports and a well-maintained and nicely stocked art gallery. Attraction like Quila Mubarak complex, Sheesh Mahal, and Lachman Jhoola are great crowd pullers.

90 km from Amritsar, Jalandhar is among the oldest cities of Punjab. The main attractions of this old city are the 800 year old Imran Mausoleum, 400 year old Jamma Masjid, and the magnificent Devi Talab Mandir. All these time-honored monuments are known for their splendid architecture and marvelous carvings.