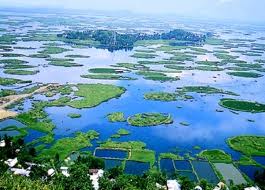 Often ignored, Manipur is one of the seven sister states of northeastern India. It is an absolutely gorgeous state with an outlying area of rugged hills and narrow valleys and an inner area of flat plains.

Manipur’s capital city, Imphal, is built around the ruins of the old Palace of Kangla. The kingdom of Manipur has established at Kangla way back in the year 33 AD. Over the years, being a site of political and religious import, Kangla grew into a formidable fortress city and royal chronicles indicate that successive kings continued to build and improve on it. Another historical site in Imphal is the Polo Ground, which has the distinction of being the oldest existing polo ground in the world.

The Ima Keithel or Women’s Market in Imphal has about 3000 stalls run by “Imas” or mothers. Half of these stalls sell produce and other household goods while the other sell handloom products native to the state. In terms of cultural and religious significance, the Shree Govindajee Temple used to be considered the highest place for cultural activity during the times of the Maharajas. It was located near the royal place, has two gold domes, a paved court, and a raised congregation hall. 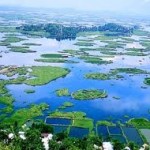 Loktak, in Manipur’s Moirang district, is the largest freshwater lake in India. It is also often called the only floating lake in the world due to the large masses of floating vegetation, soil, and organic matter in various stages of decomposition. These masses are also called phumdis. The Keibul Lamjao National Park which is the last natural refuge for the brow-antered deer or sangai is located on the southeastern shores of this lake and is the largest of all the phumdis. Many interesting and rare species of birds, aquatic life, vertebrates as well as vegetation can be found here. 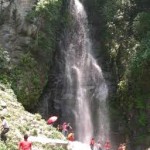 If you travel to Manipur during the months of March and April, you will be treated to the beautiful sight of 200 acres of over 110 rare varieties of orchids in full bloom. The Khonghampat Orchidarium is a mere 7 kilometers from Imphal on NH 39. This place is indeed a haven for those who take a few moments from their precious life to enjoy the blessings of nature. Similarly, Tengnoupal the highest point in the Indo-Burmese Road gives a clear and beautiful view of the Valley of Burma. A popular picnic spot in Manipur is the Sadu Waterfalls in the Sadar Hill area, consisting of three falls, one being about thirty meters high. 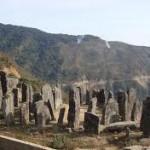 Interestingly, Manipur also has its very own version of Stonehenge. Also on NH 39 sits a village Willong Khullen. Some of the tallest stones here are seven meters tall and one meter thick. The

Being a border state, Manipur’s history has been deeply affected by many wars. There are many war cemeteries commemorating the memories of British and Indian soldiers who died during the Second World War which are managed by the Commonwealth War Graves Commission. These cemeteries have an aura of serenity and the graves have small stone markers and bronze plaques. Khongjon is the place on the Indo-Burmese Road where war had broken out between Manipur and British India. It was here that Major General Paona Brajabashi, one of the most famous warriors of Manipur proved his valour against the superior forces of the opponent. A war memorial sits on top of Kheba Hill and the 23rd of April is celebrated as Khongjom Day every year.

Manipur’s culture and heritage make it an exciting place for tourists who want the perfect blend of pristine natural beauty, illustrious history as well as a state with its own unique cultural identity, with many forms of sports, dances, festivals, and theatre. It would be a shame to miss out on it.