Abundant with natural beauty, Himachal Pradesh is one of the Northernmost states of India. The region holds great significance historically, culturally, and religiously as a civilization here dates back to the Indus Valley Civilization and it was patronized fervently by the British Raj. Many Hindu legends are said to have been set in regions in this state. Today, a huge part of Himachal Pradesh’s income comes from tourism, just because it has so much to offer. Some of the must-visit places here are: 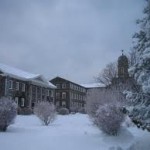 blished by the Br

itish Empire in 1854, Dalhousie is a hill station built on and around 5 hills. It is located on the western edge of Dhauladhar mountain range of the Hilmalayas and is surrounded by snow capped peaks. Dalhousie is the gateway to the ancient state of Chamba which is a repository of ancient Hindu culture, art, temples and handicrafts. In a unique mix, architecture in Dalhousie draws a lot from Scottish and Victorian influences as is evident in the bungalows and churches that dot the town. The blend of cultures set in the picturesque background of the Himalayas make Dalhousie & Chamba a great vacation destination. The best time to visit this paradise is during the summer months between May and September.

Once the summer capital of the British Raj, Shimla is often referred to as the “Q 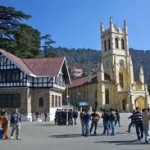 ueen of the Hills”. The city is famous for its building styled in tudorbethan and neo-gothic styled buildings; gorgeous pine, rhodendron and oak trees, pleasant summers and snowy winters. The Mall road here is the main shopping street in the city and has many restaurant, clubs and bars. Mall road is the meeting point for residents of Shimla where they gather to catch up on local gossip – so much so that there is even a “Scandal Point” on the street. Nearby destinations like Kufri, Chail and Arki are gorgeous and steeped in history. Christ Church in Shimla is the second oldest church in Northern India and has a stately appearance with stained glass windows which beautifully represent Christian values. 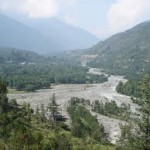 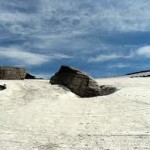 s of the Beas River sit Kullu and Manali. Kullu was once known as Kulantipeetha or “the end of the habitable world”. Culturally, this area is an important part of Indian heritage as it is said to be the home of the Seven Sages. Raghunath Temple, Shringi Rishi Temple and Mahadevi Tirth Temple are a few of the religious spots in Kullu that attract pilgrims from the rest of the country. Raison is a camping site on the banks of Beas run by Himachal Tourism and from Shoja, one can get a panoramic view of the beautiful Kullu area, complete with snow covered peaks, valleys, meadows, forests, rivers and streams. Manali too has its share of beautiful ancient temples and Vashisth is known for hot springs, Solang Valley for winter sports and picnics and Rohtang Pass,  a mere 52 kilometres away is a gorgeous, snow covered pass that connects Manali to Lahul and Spiti.

Also on the banks of the Beas, Mandi is another 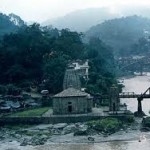 historic town that has for long been an important commercial centre. It was once the capital of the princely state of Mandi and continues to retain much of its old world charm. The town has remains of old palaces and noticeable examples of colonial architecture. Along with this, there are also many famous temples and the weeklong international Shivratri festival here is a major attraction for tourists from across the world.

Wooded with oak and conifer trees 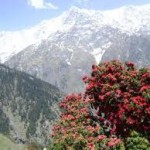 and surrounded by snow capped mountains, Dharamshala is now home to His Holiness, The Dalai Lama. Combination of natural abundance with heavy influence of a religion as immense and heart warming as Buddhism, Dharamshala is the perfect escape from hectic city life. Areas like McLeod Ganj and Forsythe Ganj are fascinating for they provide the perfect blend of commercialism, history (as can be experienced from British relics that still stand) and small town simplicity. Bhagsu waterfalls near McLeod Ganj are beautiful and the cafes and restaurants here are a delight for the palate.