“I realized that if I had to choose, I would rather have birds than airplanes”

When it comes to wildlife in general and birds in exclusivity, India is indeed a treasure house. There are such bountiful species of birds in India that it can easily be called an “Ornithologist’s Paradise”. India is home to approximately 1250 different species of birds living here in diverse climactic conditions. It is one of the most-loved destinations for bird watchers all over the world. Indian bird sanctuaries are not only inhabited by insanely pretty birds, they offer a lot of other exciting and diverse flaura and fauna. The diverse climactic conditions favour bird watching almost all throughout the year in India. What’s more? Almost all bird sanctuaries boast of good infrastructure and are well connected with all parts of the country.

Below, we take a sneak peek into the five major bird sanctuaries of the country:

One of the finest bird sanctuaries in the world, Bharatpur Bird Sanctuary is located in Bharatpur city of Rajasthan and is also known as the Keoladeo Ghana National Park, named after Keoladeo Temple in its premises. Once a hunting place for the Maharaja of Bharatpur (who in 1760 laid its foundation by storing water in an artificial lake in Bharatpur), it is now the most sought-after bird sanctuary in India. Indigenous water birds and many migratory water birds can be seen in this sanctuary along with larger animals such as Sambhar, Chital, Nilgai and Boar. It is the second home of Siberian cranes in India who travel a distance of about 6500 km to reach this sanctuary. Species of eagles, ducks, pipits, owls, kingfishers, flycatchers, pelicans, geese, hawks, etc. are other popular birds which can be spotted in the Bharatpur Bird Sanctuary. The sanctuary is also declared as a world heritage site. 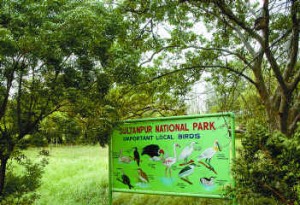 Declared as a water bird reserve back in 1972, Sultanpur is one of the most popular bird sanctuaries in India. Situated in Haryana, the sanctuary is just 46 km away from Delhi. You can brace yourself for a spectacular view of both resident and migratory birds. Migratory geese, Siberian cranes, pelicans, flamingos, ruddy shelducks, cranes, bar headed geese, grey lags, gadwalls, mallards, pochards, shovellers, teals are common sights in the winters. They are well-complemented by resident birds like plovers, red wattled lapwings, herons, cormorants, white ibis, spoon bills, and painted storks. Sultanpur Bird Sanctuary was the playfield of the ‘Birdman of India’, Late Dr Salim Ali. It still remains a favourite among several bird watchers who come in to observe bird antics. 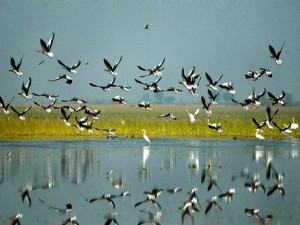 The birthplace of Mahatma Gandhi is also home some exotic and immensely beautiful avifauna. Situated in the middle of the city, the sanctuary gives the people a much-welcomed relief from the hustle and bustle of city life. Lush greenery and chirps of multihued birds draws visitors from all parts of the country, not to forget a number of ornithologists who have set up their base here. From land birds to water birds, local birds to migratory birds, the sanctuary has them all. Species of flamingo, pelican, spoonbill, avocet, coot, pintail, little cormorant, little grebe, Indian roller, shoveller, ducks, geese, whistling teal, bittern, stork, heron, egret, ibis, gull, tern, jacanas, ruff, red shank, etc. can be easily sighted here and one sight of them is enough to lift your mood and spirit. 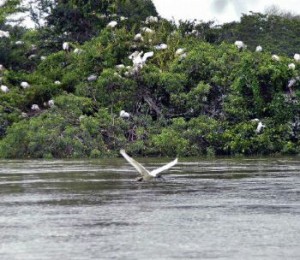 Located on the banks of River Cauvery in Mandya district in Karnataka, the Ranganthittu Bird Sanctuary is spread over a group of six islets which were formed when a dam was constructed across the river in 1700s. Abundance of aquatic insects makes the place a favourite among different species of birds. Due to the visionary efforts of noted ornithologist Dr. Salim Ali, Ranganthittu became a designated bird sanctuary in 1940. The sanctuary houses at least 100 different kinds of birds. Find here painted storks, Asian openbill storks, common spoonbills, woolly-necked storks, black-headed ibis, white ibis, lesser whistling ducks, Indian shags, stork-billed kingfishers, egrets, cormorants, oriental darter, herons, great stone plovers, river terns and streak-throated swallows.  Apart from bird-watching there are other activities to take part in as well, for example boating. 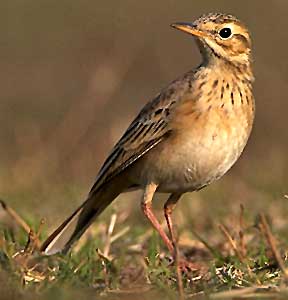 About 35 km from Lucknow, the Nawabganj Bird Sanctuary is based around a shallow lake which acts as the perfect place for migratory and water birds to dwell around for a while. Graylag goose, pintail, cotton teal, red crested pochard, gadwall, shoveller, coot and mallard are some of the migratory flocking to the sanctuary. Among the local birds, one can behold potwill, sarus crane, painted stork, peacock, white ibis, dabchick, whistling teal, open billed stork, and white necked stork among others. The sanctuary is a paradise for photography enthusiasts. The sanctuary also houses a Bird Interpretation Center, which gives knowledge about birds and their behavior in detail. From photography enthusiasts to the picnic lovers, this sanctuary is a paradise for everyone and a must visit place for all nature lovers.