Belgaum, one of the oldest and largest cities of Karnataka, is popularly referred to as the ‘city of heroes’. This is one of the most important centers of art and culture in the state and after Bangalore, one of the major educational and learning hubs of Karnataka. 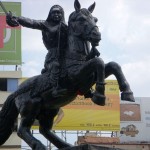 The city of Belgaum is etched in the history books as being the land of one of the most charismatic and valorous queens of India, Rani Chennamma. The tales of Rani Chennamma’s gallant fight against the British rule is the cornerstone of the historical significance of the city. 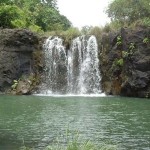 Nestled amidst the Western Ghats, the city originally named Venugrama, got its present name in the 16th Century AD. Belgaum is one of the most beautiful cities in the state and it is blessed with natural scenic beauty all around.

The city is also known for its unique culture, which is quite different from the general Kannada culture. In Belgaum, you would find the Kannada culture is finely juxtaposed with the Goan and Maharashtrian cultures. This unique blend makes Belgaum all the more interesting and charming.

The city boasts of large natural mineral deposits and is a major industrial center. It is famous all over India for its foundries. Also home to the biggest University of Karnataka, Belgaum has plenty of tourist spots all over the city.
Some of the popular tourist attractions in the city are the Gokak falls, the Belgaum Fort, Kapileshwar Temple, St. Mary’ Church, which reflects the brilliance of Gothic architecture and the Kittur Chennama Fort. 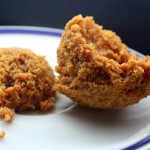 These magnificent monuments are a real visual treat but anyone planning to visit the place should make sure taste the famous Belgaum Kunda, a sweet delicacy and specialty of the region.