An Escape to the Mesmerizing Kashmir Valley

It will be no exaggeration to call Kashmir “A Heaven on Earth”. The land is so beautiful and mesmerizing that once you set foot there, you would never want to leave. Sparkling rivers, sleepy lakes, awe-inspiring snow-capped peaks, and regal Chinar define the landscape of Kashmir. The sheer abundance of natural beauty has earned the valley the nickname “Switzerland of the East” but some say that the valley even outshines Switzerland.

Getting to Valley is no big deal. Flights operate to Srinagar. The last stop on the railway line is Udhapmur from where you can hire taxis or board a bus. Some people also proceed from Jammu.

Let’s check out the three big-ticket tourist destinations in the Kashmir Valley:

Srinagar is the summer capital of the state of Jammu and Kashmir. It is located in the western part of the state and is a favourite among the tourists visiting the Valley. Tourism is the most significant aspect of the city’s economy. The landscape is adorned by the rows of gleaming houseboats stationed in the lakes of the city. The city’s alpine weather – cold winters and mild summers – is also treat for the tourists. The city is also known for fine wood furniture and wood carving works. Srinagar has several tourist attractions; some of these are the Dal Lake, the Nagin Lake, Shankaracharya Hill, the Hari Parbat Hill that is situated on top of the Sharika Hill and the Charar-e-Shareif shrine, which is situated on the way to Yusmarg. 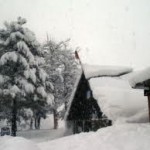 Gulmarg, literally meaning a “meadow of flowers” is a very popular skiing destination in the Valley. Located 56 km away from Srinagar the hill station basks in the pristine glory which is lent to it by the blooming daisies, bluebells, forget-me-nots, and buttercups. Most tourists travelling to Gulmarg make it a point to travel to the picturesque Gulmarg Biosphere Reserve and the Alpather Lake. Then there is the beautiful golf course situated at an altitude of 2650 metres. It’s also renowned for the world’s highest gondola. Gulmarg is also a trekking base for those who trek to the Pir Panjal Range, Nanga Parbat and Khilanmarg.

w of Gold”. The place is an amazing tourist destination and it’s 84 kilometres away from Srinagar on the Srinagar-Ladakh road, situated at a height of 2740 metres above the sea-level. The travel time in between the Sonamarg and Srinagar is about two hours. The place is a hill resort and serves as a base camp for people visiting Ladakh. The place is known for its breathtaking natural beauty and also for some rich flora: alpine flowers, sycamore, silver birch, and pine trees. Trekking activities are also organised in Sonamarg.

Although terrorism has declined considerably, the tourists should be a little cautious while in the Valley. The situation is not very stable.  Outbursts of politically motivated violence are possible, especially around Srinagar. Therefore it is highly advisable for the travellers to maintain good situational awareness.