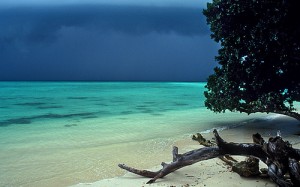 Serene, unspoilt and ethereal: the heavenly Andaman and Nicobar group of islands are a cluster of picturesque islands lying in the lap of Bay of Bengal. The islands form a disjointed chain, about 800 km long. Coral reefs are found in plenty in this area. Once you’re in Andaman, you are far away from the din and bustle of the chaotic city life with nature giving you good company. The pristine beaches with azure water make it a perfect place for activities like scuba diving and snorkeling.

While almost anything about this place is as beautiful and enchanting as heaven itself, these five spots are ‘must-see’ for the traveller! 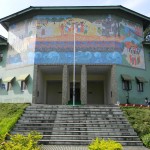 Maintained by the Anthropological Survey of India (AnSI), this wonderful museum showcases the millennia-old tribal culture of the Andamans. In the heart of Port Blair, the capital of Andaman and Nicobar, the museum displays weapons, artefacts and picturs of the various tribes and aborigines of Andaman and Nicobar Islands. The museum also has a library and a large collection of films focused in the indigenous culture of the region. 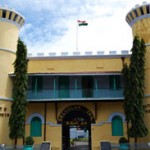 Even though a prison, the Cellular Jail is revered as a shrine dedicated to the legendary Indian freedom fighters who sacrificed their lives for the country. It is situated at Aberdeen near Port Blair.

The British began constructing this jail in 1886 and took 14 years to complete it. Originally, it composed of seven distinct regions with the central one having a tower. The first three of the four floors of the jail housed cells while the fourth one functioned as the watch tower. One can also see here the execution room where the freedom fighters were hanged by the British.

A lights and sound show on the brutal history of the jail and the revolutionaries imprisoned there, is also arranged. The Martyr’s memorial, a gallery and a museum are also located here. 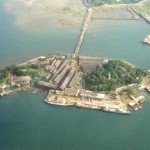 Owned by the Forest Department, the Chatham Saw Mill is widely credited as one of the biggest and oldest saw mills in Asia. It is located at the northern tip of Andaman and is connected to Port Blair via a bridge. The mill originated in the year 1836 and serves as a storehouse for different varieties of wood including Padauk, Gurjan and Satin wood. The mill provides timber to several government agencies and private concerns at moderate prices. At the same time, it also processes different types of ornamental wood suitable for making furniture and handicrafts. 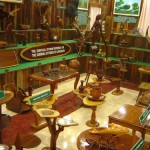 Forest Department of the Andamans manages the Forest Museum in Haddo area. One can see artifacts made from different types of woods like peauma, oak, gurjan, paduak and satin wood. It also gives the visitor an insight into the islands’ forests, natural history and forestry related activities. Other nearby attractions include a beautiful zoological garden and a mini zoo. 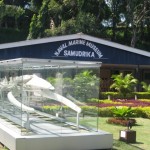 Indian Navy operates the Samudrika Marine Museum in the Delanipur Area of the Andamans. The primary aim with which this museum works is to spread awareness among the visitors about the marine environment and ecology. The five sections of the museum deal with the history of Andaman Islands, geographical information, people of Andaman, archaeology and finally the marine life. A massive collection of corals, shells and marine fauna (especially the rare species) is also at display.