The Architecture of Rajasthan: Grand, Awe-Inspiring and Unique

Rajasthan is indeed the most colourful state in India. It has a unique architecture and is renowned for it all over the world. The architecture of Rajasthan is mainly based on the Rajput school of architecture which was a blend of the Hindu and Mughal structural design. The stupendous forts, the intricately carved temples and the grand havelis of the state are integral parts of the architectural heritage of the state. The Rajputs were prolific builders. Some of the most imposing and magnificent forts and palaces in the world dot the arid Aravali landscape and tell the tales of their glorious legacy.

Let us try to understand some of the important features of the Rajasthani architecture: 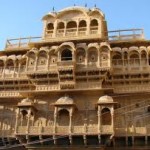 Haveli: Between 1830 and 1930, the affluent Marwaris constructed huge mansions in the Shekhawati and Marwar region. These buildings were called Havelis. They were heavily influenced by the Mughal architecture in their construction. There were two courtyards in a typical Shekhawati haveli. The outer courtyard was mainly inhabited by men and the inner one was the domain of women. The havelis also sported beautiful and appealing frescoes and were closed from all sides with one large main gate. This provided security and comfort in seclusion from the outside world. 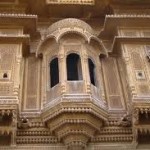 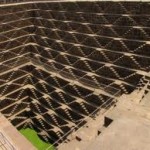 well: A stepwell (or a bawdi) is a well or pond in which the water can be reached by climbing down a set of steps. These bawdis are common in the Western India, especially in Rajasthan and Gujarat. Stepwells have been in existence for hundreds of years. In the ancient times, builders dug deep trenches into the earth for dependable, year-round groundwater. The walls of these trenches were lined with stoneblocks but without mortar. Stairs were created leading down to the water. The majority of surviving stepwells originally also served as leisure points, as well as provided water. The city of Bundi (near Kota) has as many as 60 stepwells.

Though Rajasthan was primarily rural, there were a few towns as well. And they did have a wonderful town planning system. The towns were mostly the villages which had expanded by the virtue of their dimension and increased population. Security in towns was ensured by the means of strong walls and hills. They were divided into wards which were connected by narrow streets and lanes. The temples, wells, gardens and palaces were important parts of these towns. The main road of the town was lined with shops selling cloth, jewellery, fruits, food items, etc.