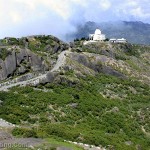 The highest peak of the Aravali Mountains, Mount Abu forms a distinct rocky plateau 22 kilometres long and 9 kilometres wide and is often referred to as an oasis in the desert. A scenic wonderland, Mt. Abu has rivers, lakes, waterfalls and evergreen forests at its height. It also has the distinction of being the only notable hill station in western India.

The festival is inaugurated at Hotel Shikar and a ceremonial procession is carried out, ending at Nakki Lake Chowk. What follows is an extensive performance of folk music and dance like ballads, Gair, Ghoomar and Daph, native to Rajasthan and the neighbouring Gujarat. 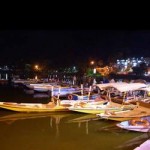 On day two and three, the ambience is almost electrifying with locals and tourists participating in various events and races like a skating race, boat race and rowing competition on Nakki Lake, horse race, tug of war, Panihari Matka Race etc. Performances like Qawwali nights, skating performances, CRPF band performance, deepdan are also spectacular. The grand finale for the festival is a dazzling and delightful fireworks show.

Festivities during the summer festival start early and there are many sidewalk cafes in Mt. Abu from where you can not only grab breakfast but also a an eyeful of the locals at their performing best.