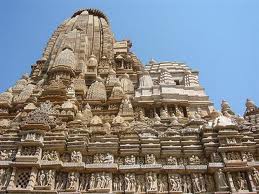 Khajurao Temples: The Khajurao Group of Monuments is one of the most popular tourist destinations in India and listed amongst UNESCO’s World Heritage Sites. The temple complex has numerous Hindu and Jain temples built over 200 years (from 950 to 1150 AD) under the reign of the Chandela dynasty. The complex was enclosed by a wall with eight gates, each flanked by two golden palm trees. During the time, Khajurao had a flourishing Jain community, which resided in the eastern part of the town. The Jain temples here continue to stand till today and two of the larger temples are in a remarkably good condition. These temples are fine examples of medieval Indian architecture and are famous more so because of the explicit depiction of sexual or erotic art on their exterior. There are many interpretations of the same. The most prolific school of thought however is that the art is a symbolic representation of the need to discard sexual desires in order to be one with god. 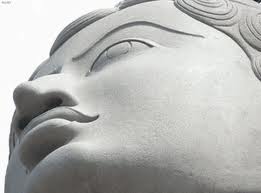 Gomateshwara Temple: A colossal monolithic statue of Gomateshwara or Bahubali stands at Shravanabelagola in Karnataka. Gomateshwara was the 2nd amongst the 100 sons of Lord Rishabhdev, the first Jain Teerthankar or saint; and he is considered to have attained salvation. The beautiful statue measures in at about 57 feet tall, is carved out of a single block of black granite and stands atop a hill. For centuries, the temple has been one of the great pilgrimages amongst pilgrims and tourists, especially for an event known as the Mahamastakabhisheka which occurs once in 12 years. The festival is held in veneration of the Gomateshwara, and his statue is sprinkled with consecrated water, anointed with libations like milk, sugarcane juice, and saffron paste and sprinkled with powders of sandalwood, turmeric and vermillion. Offerings are made of petals, gold and silver coins and precious stones. 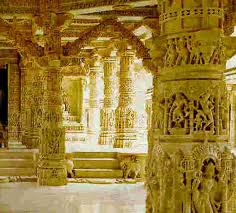 Dilwara Jain Temples are perhaps amongst the most beautiful temples in India. Built under the reign of the western Chalukya dynasty, probably between 11th and 13th century AD, these temples are famous for their striking beauty and intriguing use of marble. The Dilwara Temples are five temples built atop the hills of the Aravali Range, near Mt. Abu in Rajasthan. Each temple is unique in its own way, dedicated to different Teerthankars; and named after the small village in which it is located; the most famous amongst them being Vimal Vaashi and Luna Vashi. The Vimal Vashi has an open courtyard surrounded by corridors which are beautifully decorated with images of Jain saints. The internal dome has the design of flowers and petals while the huge hall of temple pillars are decorated with the carvings of female figurines. The Luna Vashi has one hall with 360 tiny idols of Jain Teerthankars, minutely carved from marble. All the temples are intricately ornamented with detailing spreading over minutely carved ceilings, doorways, pillars and panels. While the Jains have built many a beautiful temple, it is widely believed that none other comes close to such architectural perfection.

Palitana: The temples of Palitana (in Gujarat’s Bhavnagar district) are considered to be amongst the most sacred temples for the Jain community. There are more than 3000 exquisitely carved temples situated in the Shatrunjaya hills. The most revered temple however is the one dedicated to Lord Rishabdev or the Adinath which has ornate architectural motifs. Other significant temples include those dedicated to Kumarpal, Vimalshah, Sampriti Raja. Kumarpal Solanki was a great Jain patron who probably built the first temple here and his temple has a fabulous collection of jewels which can be viewed on obtaining special permissions. This cluster of temples was built by generations of Jains over a period of 900 years, from 11th century onward. It is widely believed that every devout Jain must climb to the top of the mountain at least once in their lives. On the average, the climb takes about an hour and a half despite the 3,800 odd stone steps added to facilitate the route, the climb can be arduous. Of course, all of that doesn’t keep the pilgrims or tourists away. 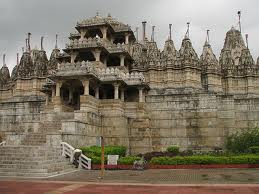 Perhaps amongst the most beautiful and elaborate temples of the world, the Ranakpur Jain Temple was probably built between the late 14th and mid-15th centuries. Emerging from the slope of a hill belonging to the Aravali range, the temple of marble spreads over a large area (approx 60m x 62m), has four entrances, each facing a cardinal direction, three levels which are supported by 1444 marble pillars and distinctive domes, turrets, cupolas etc. The ceilings, walls and pillars within the temple are intricately carved and rarely are the same symbols repeated. One of the most famous aspects of the carving includes a single marble rock which has 108 heads of snakes and numerous tails. Interestingly, it is difficult to find an end to any of the tails. Dedicated to Lord Rishabhdev or Adinath, the first Jain Tirthankar or saint; the temple was built under the patronage of Rana Kumbha, one of the most illustrious Rajput kings of Mewar, by Dhanna Shah who based the design of the temple on his dream of a celestial vehicle. The Ranakpur Jain temple is truly a awe-inspiring sight and worth making an effort for.