The Best Mughal Monuments of India 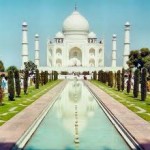 Taj Mahal, Agra, Uttar Pradesh – One of the most famous buildings in the world, the Taj Mahal was built by Emperor Shah Jahan in memory of his beloved third wife, Mumtaz Mahal who died during the birth of their 14th child. It combines elements from Persian, Islamic and Indian architectural styles and is made entirely from white marble inlaid with semiprecious stones. The Taj Mahal with it gardens were meant to be an interpretation of heaven on earth. It comes quite close to it. 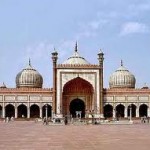 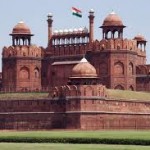 Jama Masjid & Red Fort, Old Delhi – Also constructed by Shah Jahan, the Red Fort served as his fortress-cum-palace. It was the capital of the Mughal Empire till 1857 when Bhahadur Shah Zafar surrendered to the British. They say this fort of Red Sand Stone was originally called “Quila-i-Mubarak” or the blessed fort and took 10 years to build. It was built on the banks of the Yamuna which fed the moats that surround most of the wall. An enchanting spectacular, the Red Fort is a must visit if in Delhi. Not too far from the Red fort is the Jama Masjid which till today is the principal mosque of Old Delhi. Also commissioned by Shah Jahan, it was built before the fort and can hold up to twenty five thousand worshippers at a go. An architectural marvel, the courtyard of the mosque has three grand flights of steps, brilliant archways, proud minarets and beautiful flooring of black and white marble, ornamented to imitate the Muslim prayer mat. 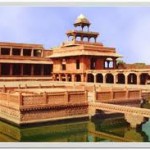 Fatehpur Sikri – Constructed by Emperor Akbar, Fatehpur Sikri on the outskirts of Agra was the first planned Mughal city designed in Mughal architecture (which is an amalgamation of Indian, Persian and Islamic styles). Interestingly, while it took 15 years to build the city, it was soon abandoned in 14 years as the water supply could not sustain the thriving population. A walk around the city, if assisted by a well versed guide can be exhilarating as you try to imagine it in its days of glory. 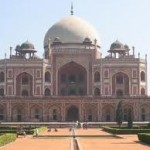 Humayun’s Tomb – Emperor Humayun’s tomb was built 15 years after he died. His body was first buried in his palace, and then moved to Sirhind in Punjab and his widow commissioned the tomb some 9 years later. Other than the tomb enclosue, there are several smaller monuments and tombs of other Mughal dignitaries along with a well planned Persian garden, called the Charbagh Gardens, considered the first of its type in the Indian sub-continent. The grandeur of the gardens has changed drastically over the years with repeated construction however, the tomb in itself remains awe inspiring. 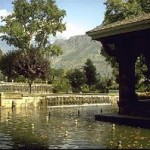 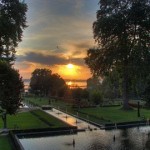 Dal Lake, Shalimar Bagh and Nishat Bagh, Srinagar, Kashmir – Known as “Srinagar’s Jewel”, the Dal Lake was patronized by the Mughal rulers of India as their summer resort and they developed the neighbouring areas around the lake into sprawling Mughal stlye gardens and pavilions. Shalimar Bagh is considered to be the high point in Mughal horticulture and has three elaborate terraces, fountain pools, waterfalls, pavilions and marble thrones for the Emperor’s. Nishat Bagh is also known as the “Garden of Pleasure” and has a magnificent view of snow capped mountains. It was built and designed by Asif Khan, brother of Noor Jehan. It is said that Shah Jahan expressed his appreciation for the garden to Khan three times in the hope it would be gifted. When no such offer was made, Shah Jahan ordered the closure of the water supply to the garden causing it to be deserted for a considerable period of time. Such is the garden’s beauty that it invoked jealousy from the Emperor himself.