Andhra Pradesh is a tourist’s ultimate delight and has much to offer – from amazing beaches to serene lakes, dense forests to dynastic forts, delectable seafood to rich biryani, monuments to sanctuaries, shopping zones to parks – you will find it all here. With more than 600 tourist locations, the second largest coast line in the country, history dating back to thousands of years and pilgrimage centers of every major religion of India, Andhra is truly “The Essence of India”.

Tirupati: The town of Ti`rupati in Andhra is always abuzz with

people coming from different parts of India and the world. The sacred temple on the Tirumala Hills is the defining aspect of the town of Tirupati. It is the most sought-after religious destination in the world. Tirumala is the abode of Lord Venkateswara, (one of the incarnations of Lord Vishnu), located atop Seshachala hills often called as “Yaelu Malai” or “Yaedu Kondalu” (seven hills). The fervour among the devotees is unparalleled and it lends a unique charm and thrill to the place.

Hyderabad: Hyderabad is the capital of Andhra and known for its rich 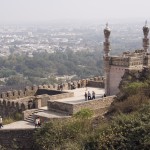 history, culture and architecture. It is often viewed as the meeting point of North and South India. One of the most developed cities in the country; it is also home to the second largest cinema industry of the country: the Telugu cinema industry. Hyderabad’s ancient name was Bhagyanagar. To the modern tourist, Hyderabad offers unparalleled excitement and excellent entertainment that includes Heritage, Nature, Wildlife, Cultural and Shopping sites. 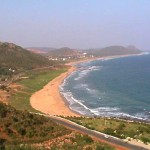 Vishakhapatnam: Nestled in the hills of Eastern Ghats and facing the Bay of Bengal, the city of Vishakhapatnam (also known as Vizag and Waltair) boasts of unspoilt beaches, picturesque Araku Valley and nearby Borra Caves, the 11th-century Simhachalam Temple and ancient Buddhist sites like Totlakonda & Bavikonda. Then there is also the submarine museum, the first of its kind in South Asia, at Rama Krishna Beach 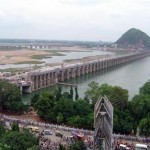 ijayawada: Literally meaning “the place of victory”, Vijayawada is an enchanting city in Andhra which has emerged as a major tourist centre. The city is flanked by Indrakiladri Hills on the West and the Budameru River borders it on the North side. According to the legends, Arjuna performed penance on these hills to appease Lord Shiva, who appeared before him and bestowed him with the prized weapon ‘Pasupathasthra’. Also Goddess Durga is believed to have rested here after slaying the wicked demon Mahishasura in a fierce battle.

Warangal: Warangal was the capital of the erstwhile Kakatiya Dynast 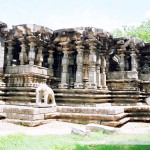 y in the 12th century. Today the city is known for its beautiful lakes, ancient temples, and forts and its beauty was even featured in the travel dairies of Marco Polo. The simply magnificent Kakatiya architecture can be viewed in the grand Thousand Pillar Temple built by Rudra Devi in 1163. The Warangal Fort, now in ruins, dates back to the 13th century.