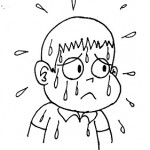 The Indian summer can be terrible. It can literally suck all the life out of you. High temperatures, dusty and dry winds, or sometimes the exact opposite, oppressive humidity can make even the most energetic person feel lethargic and considering, it’s hot for at least half the year in most of the country, it is important to know how to beat the Indian heat.

Apart from drinking lots of water throughout the day, it is also important to replenish your body with vitamins and minerals that you might lose because of perspiration. An Indian favorite – Nimbu Paani or Lemonade is a great way to feel refreshed. Other than this, Dab Paani, or tender coconut water is also great as it contains fibers and proteins as well.

Fruits and vegetables that are high in water content are great. For example, a fruit-like watermelon contains 92% water and 14% vitamin C. Other citrus fruits like oranges and limes are also great in this season.

Traditionally, Indians stored their water in earthenware pots. If you’re living in India, consider getting one for your kitchen. You will find that the water stays cool enough to quench your thirst in the heat but not too cold to force you to limit your intake.

The temperatures during the summer months in India are such that they promote the growth of disease-spreading organisms like bacteria, viruses, and fungi. Avoid eating at suspect establishments, especially those selling oily preparations or cut fruits on the streets.

Summers in India tend to make the driest of skins oily. In order to avoid breakouts and rashes as well as to ensure that your makeup remains intact, avoid using moisturizers. Instead, dust on loose powder to seal the oil in your skin.

Park in the Shade

In peak summers, it is commonplace in India to step into steaming cars with boiling seats and scathing steering wheels. To minimize the quantum of heat trapped in your parked cars, spend that extra minute to find yourself a shaded spot to park in.

Close your windows on time

High Temperatures in India can soar up to 50 degrees Celsius in some parts of the country. To keep your house cool, close your windows before it gets too hot outside to avoid having all the cool air sucked out. In fact, it’s wise to start shutting your windows when it crosses 25 degrees Celsius.

One of the reasons for Indian food being as spicy as it is is the fact that the capsaicin in the hot peppers induces perspiration which eventually makes one feel cool. So try a hot meal on a hot day.

If the heat is unbearable and you do not have access to air conditioning, hang wet sheets by the windows in your house. The water will evaporate soon resulting in the cool air blowing your way from the open windows.

Keep spray bottles of water in your refrigerators which you can reach out to when you can’t handle it anymore. Spray yourself as generously as you can. The evaporation of the water will cause the blood flowing in your veins to cool down.