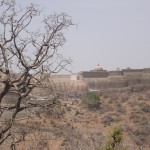 Surrounding the grand Kumbalgarh Fort is 578 square kilometers worth of protected forest area, known as the Kumbalgarh Wildlife Sanctuary. It extends over the Aravalli hills and covers parts of Rajsamand, Udaipur, and Pali districts.

The wildlife here includes some endangered animals like wolves and leopards as well as sloth bears, hyenas, jackals, jungle cats, sambhars, nilgais, chausinghas (four-horned antelopes), chinkaras and hares. There are over 40 wolves at the Kumbalgarh Wildlife Sanctuary which can often be spotted strolling about the water sources in packs.

In 2004, a study declared that there were fewer than 3000 Indian Wolves in the world, of which a 1000 are found in India and are all legally protected through sanctuaries and national parks. Oddly, Indian Wolves have had a history of preying on children for centuries now and therefore are a heavily hunted species. 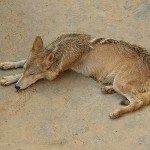 Behaviourally, Indian wolves do not move in large packs like other wolves. They typically hunt in pairs and mostly prey on antelopes, rodents and hares. They are known for their ambush tactics when working in packs. In fact, they have been observed to be so intelligent that they dig holes in the ground and lie in them to conceal themselves before they attack their prey. Kumbalgarh Wildlife Sanctuary is one of the few places where these wolves can be observed in their natural habitat and can be tracked while they carry on their usual activities. 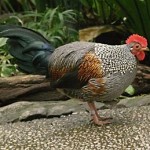 The best time of the year to visit Kumbalgarh is between November and April. The temperatures vary from 9.1 to 37 degrees Celsius and the place receives about 725 cm of rainfall annually.