Rajasthan is best described as a rich tapestry painted with colourful arts of different kinds, including music. It is home to important centers of Indian music, prominently Udaipur, Jaipur and Jodhpur. The relevance of music in Rajasthan’s society is highlighted by the presence of musician castes including Langas, Sapera, Bhopa, Jogi and Manganiar.

The themes of Rajasthani music reflect its culture. Panihari songs for example are the traditional music of the women. The lyrics are about household chores, focussing on water and wells, both of which are integral to Rajasthan’s desert culture. There are also epic ballads narrating tales of heroes like Devnarayan Bhagwan, Shyam Khatuji Maharaj, Gogaji, Ramdeoji, Pabuji and Tejaji, reflecting the Rajput chivalry Rajasthani’s are so proud of. Another common theme is the change of seasons, which is central to different types of folk music across the country. Celebration of the arrival of the Monsoons or the harvest season is common. At times, the lyrics can also be about mundane affairs of daily life. For example, there can be a song about not sowing ‘Jeera’ (cumin) as it is difficult to tend or another one can be about how ‘Pudina’ (mint) is liked by all the members of the family. 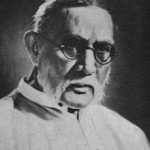 One of the most important music gharanas of Rajasthan, the Jaipur – Atrauli gharana (also known as the Jaipur Gharana, Atrauli-Jaipur Gharana, and Alladiyakhani Gharana) is a Khayal based stylized singing family-hood. Founded by Ustad Alladia Khan, the gharana is an offshoot of the Agra Gharana. It was founded in the 19th century but it was not before the early half of the 20th century that it started gaining recognition owing to the growing popularity of its stalwarts like Smt. Kesarbai Kerkar, Smt. Mogubai Kurdikar and Pt. Mallikarjun Mansur.

The Rajasthani folk music can be broadly divided into two categories:

Maand originated as court music. It is a ve 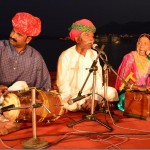 ry distinct raga from the Marwar region. A very sophisticated form of music, it involves complex inflexion of voices sung in deep bass. With the passage of time, Maand translated into folk forms and when ballads of the chivalrous rulers and local folk heroes are sung using the Maand raga, they have a unique haunting quality that echoes in the desert. An entire festival in Jodhpur is dedicated to the Maand raga. 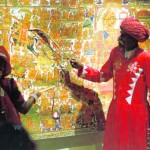 Pabuji Ramdeo was a folk hero of the 14th century who lived in the Bhopa region of Rajasthan. His legends have survived the test of time in the form of ballads that are sung against a painted scroll known as the ‘Phad’ paintings where scenes from his story are portrayed like a comic strip. The performances are always held at night and spellbound villagers form the core audience. The Bhopa minstrel sings the ballad and gives the music using ‘ravanhatha’ while his wife holds an oil lantern to illuminate the particular portion of the scroll that depicts the episode he is singing about.